On This Day in New Jersey History - by Joseph G. Bilby (Paperback) 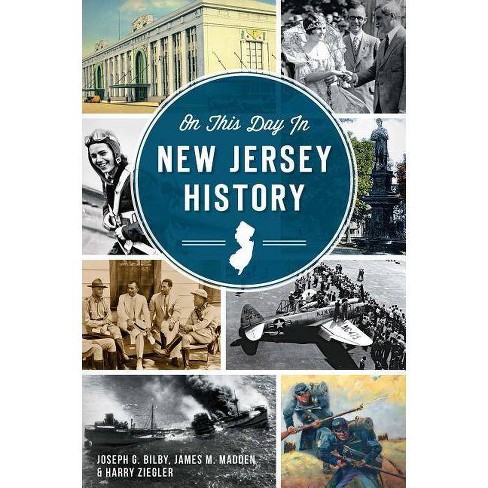 The history of the Garden State is filled with well-known events and forgotten happenings. German Americans opened the nation's first kindergarten in Hoboken on February 11, 1861. Prohibition brought more than two hundred bootleggers together in Sea Bright on August 15, 1924, to discuss a fixed price on their product. As America fought World War I and desperately needed ammunition, the T.A. Gillespie Shell plant exploded in Sayreville on October 4, 1918, killing at least one hundred people. From military feats and shady politics to the extraordinary episodes in the lives of everyday people, explore an entire year of events from New Jersey's history. Local historians Joseph Bilby, James Madden and Harry Ziegler chronicle the state's most intriguing and monumental moments--one for each date on the calendar.
If the item details above aren’t accurate or complete, we want to know about it. Report incorrect product info.