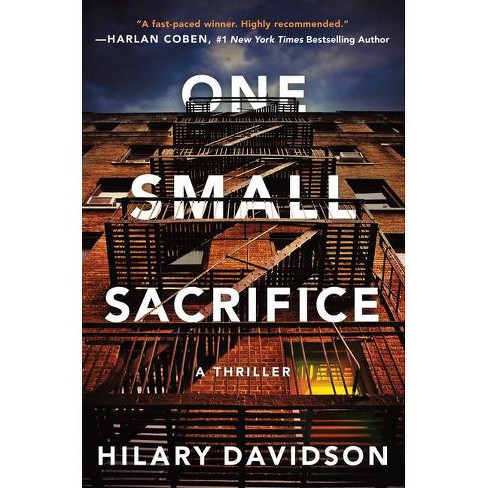 "Fans of Karin Slaughter, Tana French, and Lisa Gardner will devour this new police procedural, which boasts a strong female detective and an intriguing antagonist. Sheryn will draw in readers, and Davidson's complex storytelling will keep them wanting more." --Library Journal (starred review)

"A thoughtfully plotted and skillfully characterized procedural mystery...It's easy to get drawn deeply into the various motives and secrets of each character because it's so perfectly human for all of us to keep things hidden, even from those we love." --Kirkus Reviews

"The story line veers between alternate points of view...[while] perspectives on the same information provide different results. Writing the novel in this fashion amps up the suspense while also giving the narrative a complex and compelling flair. In addition, Davidson does an admirable job of making a complicated issue such as PTSD relatable. With an unpredictable ending and evidence that this is the start of a series, definitely check out One Small Sacrifice." --Associated Press

"One Small Sacrifice is a complex and engaging psychological thriller with fully realized characters. The plot throws light on the darker areas of human nature, of the fallibility of memory, and leaves the reader guessing until the very end." --Authorlink

"A thriller, of the filled-with-dread-but-I-have-to-finish-it variety." --New York Journal of Books

"This thriller, told from alternating points of view, will keep readers glued to their seats." --National Examiner

"Davidson's stealthily plotted, rapidly deployed, multi-stranded mystery encompasses the most intimate of brutalities--including domestic abuse and post-battlefield PTSD, a solid handful of dodgy characters, and, in the most humane of touches, a dog named Sid." --The Seattle Review of Books

"Davidson's plotting is tight and complex, a slow build of twists and reversals that keeps characters and readers guessing until the final pages. The resolution is well supported and natural, while simultaneously surprising." --Quill & Quire

"One Small Sacrifice is an intense page-turner with twists to the very end." --Ellery Queen Mystery Magazine (5 stars)

"Davidson has crafted a tightly woven mystery. Each thread of the intricate plot draws you toward one surprising revelation after another." --Sandra Brown, #1 New York Times bestselling author of Tailspin

"Hilary Davidson's One Small Sacrifice is both a heart-pounding procedural and a rich, mesmerizing tale of the weight of trauma and the elusive nature of memory. Twisty, absorbing, and deeply humane, it's a thriller you won't want to miss." --Megan Abbott, New York Times bestselling author of Give Me Your Hand

"Packed with secrets, lies, and surprises, One Small Sacrifice kept me guessing to the very end. A gritty kaleidoscope of a thriller." --Riley Sager, New York Times bestselling author of Final Girls

"One Small Sacrifice is a terrific thriller with a big heart. A smart, compelling examination of guilt, blame, and responsibility that will keep you turning the pages. Hilary Davidson is a rising star of suspense." --Jeff Abbott, New York Times bestselling author of The Three Beths

"Hilary Davidson is one of the best crime writers on the planet. This novel is a dazzling work by a master operating at the height of her abilities. Dark, twisty, and psychologically complex, One Small Sacrifice kept me guessing and gasping until the final page. I couldn't put it down, even though I didn't want it to end." --Chris Holm, Anthony Award-winning author of The Killing Kind

"One Small Sacrifice hooked me hard. Hilary Davidson has written a riveting and beautifully layered thriller that satisfies on every level. The characters surprise, the plot twists, and the pages turn themselves." --Lou Berney, Edgar Award-winning author of November Road

"I tore through this book! Hilary Davidson is at the top of her game with this masterful and twisty new novel that's jam-packed with suspense. Filled with wonderfully diverse characters, breakneck pacing, and surprises at every turn, this modern mystery will thrill even the most old-school crime fiction lovers. This book satisfied me on so many levels." --Jennifer Hillier, author of Jar of Hearts