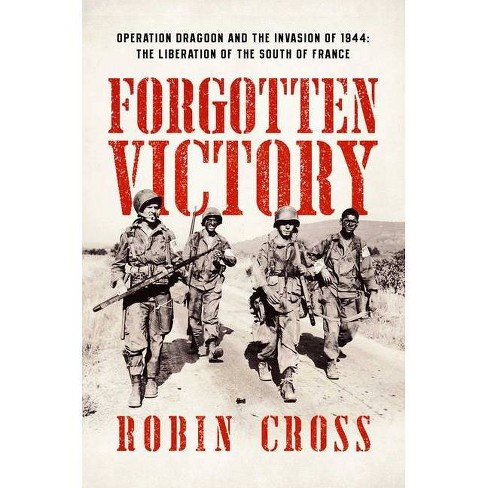 A dramatic and expertly rendered narrative of the Allied liberation of the South of France during Operation Dragoon in 1944.

A dramatic and expertly rendered narrative of the Allied liberation of the South of France during Operation Dragoon in 1944. Operation Dragoon is the story of the Allied invasion of the South of France on August 15, 1944. It was, in effect, the second D-Day, launched two months after "Overlord," the Allied invasion of Normandy. As such, it has often been overshadowed by its predecessor, but it significance cannot be underestimated. "Dragoon" was a largely American-French operation in which the British, who had argued for action in northern Italy, played a smaller role. After nearly five years of conflict, British war stamina had been severely sapped. In contrast, the French, who had been excluded from the overall planning of D-Day, played an important role in Dragoon, supplying the majority of the ground troops in a campaign which began on the beaches of the Riviera and ended in the cool, clear air of the Alpes Maritimes, the sacred ground of France. Operation Dragoon provides for the first time a complete overview of the liberation of the South of France--from strategic decisions made from the Allied and German high commands to the intelligence war waged by Allied code-breakers; from the German defeat of French resistance forces on the Vergers to the exploits of individual OSS agents on the ground as they strove to keep pace with a fast-moving battlefield. This is the story of the Allies inflicting on the Germany Army a Blitzkrieg-style defeat, expunging the lingering memories of the catastrophe of 1940.

"An astute account of military operation with long-lasting repercussions for France and beyond."-- "Midwest Book Review"

"Cross enlivens the story with colorful anecdotes, such as the tale of American soldiers following what they thought was one of their own tanks on a nighttime patrol only to discover at daylight that it was a German Panzer. A solid chronicle for World War II reference collections."-- "Kirkus Reviews"

"The invasion and campaign to liberate Southern France stands as an overlooked but important part of the Allies 1944 campaign to defeat Nazi Germany and this well-written and engaging volume should help it emerge from the shadow of the more heavily studied invasion and breakout from Normandy."-- "New York Journal of Books"

Robin Cross has written over thirty books, including The Bombers: Strategy and Tactics in the 20th Century (Bantam) and the #1 Sunday Times bestseller We'll Meet Again. With his wife, novelist and historian Rosalind Miles, he co-wrote Hell Hath No Fury: True Stories of Women at War From Antiquity to Iraq (Three Rivers, 2008). He has worked for the British Ministry of Defense and has also written over 150 television documentaries for the BBC. He lives in England.
If the item details above aren’t accurate or complete, we want to know about it. Report incorrect product info.