Our Spoons Came from Woolworths - by Barbara Comyns (Paperback) 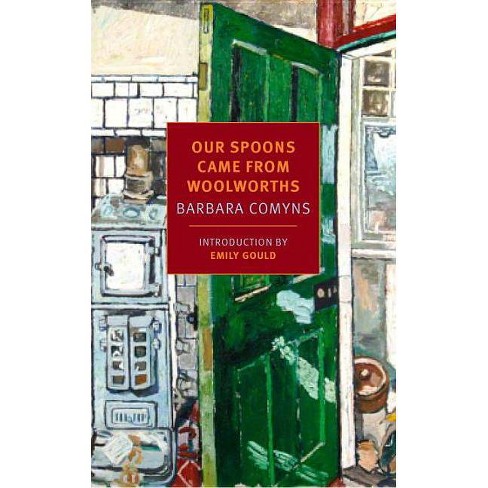 "Comyns's world is weird and wonderful ... there's also something uniquely original about her voice. Tragic, comic and completely bonkers all in one, I'd go as far as to call her something of a neglected genius." --Lucy Scholes, The Observer "A Depression-era artist struggles with crippling poverty and sexism in bohemian London; the result is a surprisingly charming and funny novel...Much of the story revolves around issues of reproduction, housework, and economic opportunity that contemporary feminists would see as questions of justice. But Sophia narrates a story of fairy tale-like fatality, casting an amused, self-deprecating light on even the most painful moments." --Kirkus starred review "A startling, immersive excavation of poor, young womanhood and marriage gone awry in 1930s London." --Jane Yong Kim, BOMB magazine "Our Spoons contains one of the best distillations of Comyns' peculiar style currently available stateside, and is essential for understanding her dark, delightful oeuvre...calculatedly meek, yet sharp enough to give you paper cuts." --Amy Gentry, Chicago Tribune "Her capturing of youth is so fresh and accurate that nothing is lost in the passing of decades. There is a modern sensibility at play in her women and their experiences, their attitudes and reactions towards love and sex, marriage and having children...quietly startling...Comyns's skill is subtle and surprising...I felt both thrill and pride, and I expect as her work continues to be reissued this sense of finding a hidden gem will be shared by other readers, startled and attracted by her talent."--Lauren Goldenberg, Music and Literature

"A curious hybrid: a mixture of domestic disaster, social commentary, comedy, and romance...What I find so really excellent in this novel, in addition to Comyns's powers of description and the slow fuse of her comedy, is her ability to show the cold world and its indecencies without spelling everything out...Comyns is a virtuoso at portraying bad behavior...written beautifully, with dash and economy, and...truly unique in [its] eccentric black comedy, whether grotesque or ineffably subtle." --Katherine A. Powers, The Barnes & Noble Review "I defy anyone to read the opening pages and not to be drawn in, as I was . . . Quite simply, Comyns writes like no one else" --Maggie O'Farrell "Comyn's voice has childlike qualities; she looks at everything in the world as though seeing it for the first time. In later books, though, her narrators' naivety is deployed in order to provoke horror; the gap between what the reader knows and the narrator doesn't serves to make the reader fascinated and fearful." --Emily Gould, The Awl
If the item details above aren’t accurate or complete, we want to know about it. Report incorrect product info.