Out of Left Field - by Kris Hui Lee (Paperback) 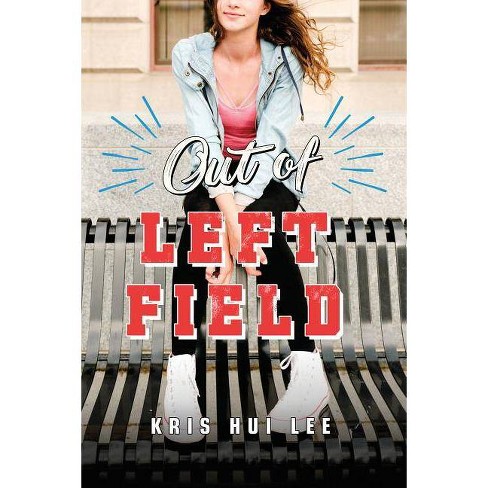 Can Marnie pitch for the boy's baseball team and field an unexpected crush without striking out at the game...and in love?

There's no playing it safe in love or baseball in this sparkling debut, perfect for fans of Morgan Matson and Kasie West.

Marnie has never had a hard time fitting in with the guys. It would take a lot more than their goofy antics to keep her from joining them at the neighborhood sandlot to do what she loves best: play ball.

An added perk of hanging out at the sandlot? Spending time with Cody Kinski, their high school's star pitcher and Marnie's best friend. Sure, he can be stubborn and annoying. He also knows how to make her laugh and respects her skills on the field. And when he gets nailed in the arm by a bone-fracturing pitch, Marnie becomes the team's best chance at making it to the playoffs. Except no one told the guys they're supposed to be on her side.

With her own team against her, Marnie begins questioning her abilities. And when fate throws her a curveball, can she play without losing the game, Cody, and her belief in herself?

"The novel offers a nice look at girls in sports, with lots of detailed baseball scenes. Additionally, the story gains some depth as it incorporates the complications and confusion of growing up, namely new expectations and the changing nature of friendships. Lee's debut rests comfortably with sports-themed novels such as Catherine Gilbert Murdock's Dairy Queen (2006) and Miranda Kenneally's Stealing Parker (2012)." - Booklist
If the item details above aren’t accurate or complete, we want to know about it. Report incorrect product info.