Paddle to the Amazon - by Don Starkell (Paperback) 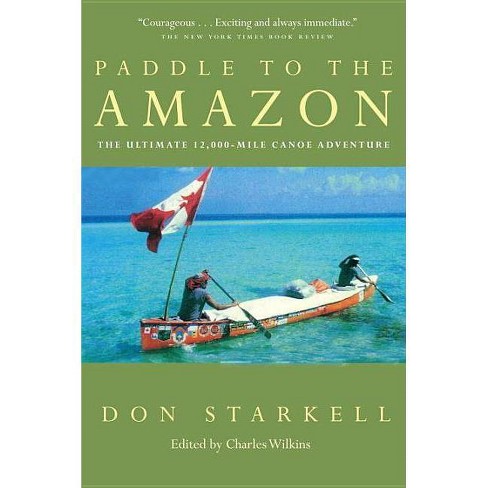 $22.99
no reviews yet
be the first!be the first! ratings
Buy 2 get 1 free on video games, movies and books
Online only •
Shipping
Free standard shipping with RedCard
Loading, please wait...
Help us improve this page

It was crazy. It was unthinkable. It was the adventure of a lifetime.
When Don and Dana Starkell left Winnipeg in a tiny three-seater canoe, they had no idea of the dangers that lay ahead. Two years and 12,180 miles later, father and son had each paddled nearly twenty million strokes, slept on beaches, in jungles and fields, dined on tapir, shark, and heaps of roasted ants.
They encountered piranhas, wild pigs, and hungry alligators. They were arrested, shot at, taken for spies and drug smugglers, and set upon by pirates. They had lived through terrifying hurricanes, food poisoning, and near starvation. And at the same time they had set a record for a thrilling, unforgettable voyage of discovery and old-fashioned adventure.
"Courageous . . . Exciting and always immediate." -- The New York Times Book Review

"From the Paperback edition.