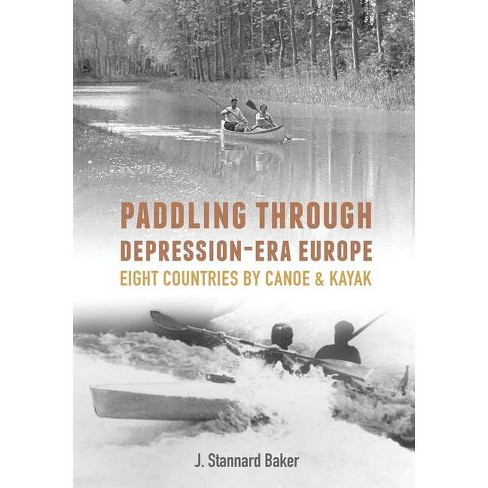 "You paddled across the Atlantic?"

Exclaimed a French villager upon learning that this young American couple had just paddled up the raging Rhone River. This was a typical encounter for J. Stannard Baker (Stan) and his wife Fran. It was 1931, and they were on a four-month-long paddling adventure through eight countries in depression-era Europe.

They paddled their Canadian canoe through France and Switzerland. For most French it was their first encounter with a canoe, and they thought these Americans were crazy. When the canoe was accidentally destroyed, they bought a German folding kayak and joined Germans in their kayaking adventures. They then continued padding through Austria, Czechoslovakia, Hungary, Holland, and Belgium.

This book recounts their adventures in fascinating detail--leisurely canal paddling, hitching tows behind horse-drawn barges, enduring terrifying whitewater and having a nearly fatal steamboat encounter. They camped on river or canal banks, in farmers' fields, stayed in German canoe club hostels, and explored villages and cities. All provided humorous encounters with locals so richly described here.

Baker and his wife captured stunning photographs and took copious notes. They recorded every fact, figure, and engaging encounter. This remarkable and historically important first-person account, takes you back in time and deep into the hearts of the peoples of Europe before transatlantic encounters were common. It is now available to the public for the first time.