Palace of the Drowned - by Christine Mangan (Hardcover) 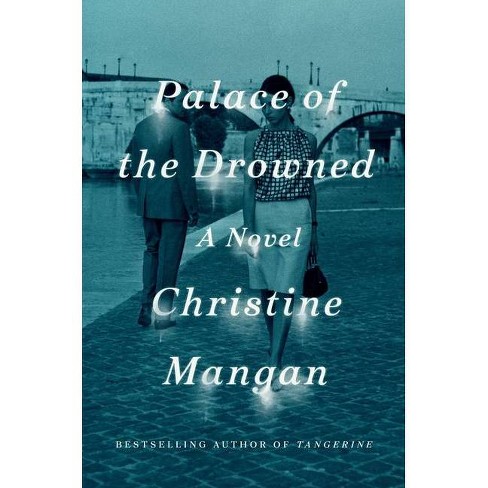 "A suspenseful, transporting literary thriller about a British novelist who heads to Venice after a public breakdown, by Christine Mangan, the bestselling author of Tangerine. It's 1966 and Frankie Croy needs a break. Having achieved success with her debut bestseller, she's been trying desperately to live up to the high expectations of her editor and fans, only to fall short with each new book. When she receives a possible career-ending review and then has a very public breakdown, she retreats to her friend's vacant palazzo in Venice in the hopes the new setting will rejuvenate her creativity and inspire her writing. But she finds that she's just as stuck. And then she meets a fellow British expat, a precocious young fan named Gilly who is eager to befriend her favorite author at all costs. An aspiring writer, Gilly worms herself into Frankie's Venetian life and the two begin an uneasy companionship. Frankie is skeptical of someone so relentlessly chipper, and Gilly tells stories that seem too good to be true, and in fact some of them are. This complicated web of desperate friendship, half-truths, and white lies-all set against a once-in-a-generation storm that inundates Venice and leaves it flooded-will lead Frankie to make a choice that is impossible to undo. A gorgeously rendered and twisted tale of art and ambition, Palace of the Drowned is a literary thriller that asks just how far one is willing to go to achieve success"--

From the bestselling author of Tangerine, a taut and mesmerizing follow up...voluptuously atmospheric and surefooted at every turn." (Paula McLain, author of The Paris Wife and When the Stars Go Dark)

It's 1966 and Frankie Croy retreats to her friend's vacant palazzo in Venice. Years have passed since the initial success of Frankie's debut novel and she has spent her career trying to live up to the expectations. Now, after a particularly scathing review of her most recent work, alongside a very public breakdown, she needs to recharge and get re-inspired. Then Gilly appears. A precocious young admirer eager to make friends, Gilly seems determined to insinuate herself into Frankie's solitary life. But there's something about the young woman that gives Frankie pause. How much of what Gilly tells her is the truth? As a series of lies and revelations emerge, the lives of these two women will be tragically altered as the catastrophic 1966 flooding of Venice ravages the city. Suspenseful and transporting, Palace of the Drowned brings the mystery of Venice to life while delivering a twisted tale of ambition and human nature.

In her taut and mesmerizing follow up to Tangerine, the preternaturally gifted Christine Mangan plunges us into another exotic and bewitchingly rendered locale, this time Venice off-season, moody and damp, where well-known novelist Frankie Croy has gone to escape dark memories. Instead, a surprise entanglement with a mysterious young woman sets Frankie on edge, threatening to unravel her already precarious mental state. Voluptuously atmospheric and surefooted at every turn, Palace of the Drowned more than delivers on the promise of Mangan's debut, and firmly establishes her as a writer of consequence. - Paula McLain, author of The Paris Wife and When the Stars Go Dark

Christine Mangan is the author of the national bestseller, Tangerine. She has her PhD in English from University College Dublin, with a focus on 18th-century Gothic literature, and an MFA in fiction writing from the University of Southern Maine.
If the item details above aren’t accurate or complete, we want to know about it. Report incorrect product info.