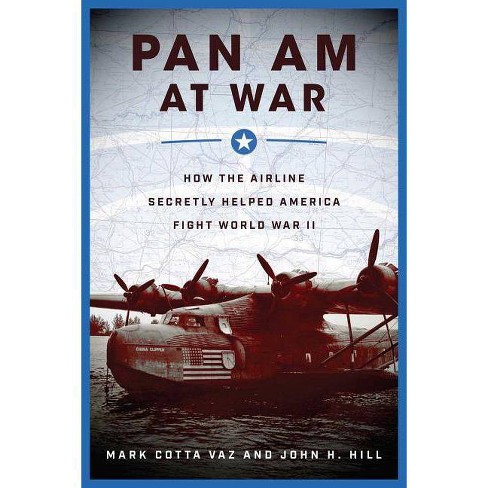 The most important untold story of aviation history.

Filled with larger-than-life characters, and revelations of the vision and technology it took to dominate the skies before and during, World War II, here is a gripping piece of aviation history. Pan Am at War chronicles the airline's historic role in advancing aviation and serving America's national interest before and during World War II. From its inception, Pan American Airways operated as the wings of democracy, spanning six continents and placing the country at the leading edge of international aviation. At the same time, it was clandestinely helping to fight America's wars. Utilizing government documents, declassified Freedom of Information Act material, and company documents, the authors have uncovered stories of Pan Am's stunning role as an instrument of American might:

For anyone interested in aviation, business, or military history, here is astonishing story filled with big ideas and the leaders who made them a reality.

"Pan Am at War is a fascinating and little known story of how the development of this seminal airline became a huge asset for America in WWII. Pan Am went to war right alongside B-17s, B-29s, Corsairs, Hellcats. Aerodynamics, instrumentation, routes--Pan Am was there. Another great story from the greatest generation."
-Tom Brokaw "In the 1930s and 1940s, Pan American Airways cast air lines across the world's great oceans, pioneering intercontinental air travel...one of the great technological accomplishments of the twentieth century. At the same time...Pan Am served as a spearpoint of U.S. strategic engagement, projecting American power to every corner of the globe. In their briskly-written and ever-amazing Pan Am at War, authors Mark Cotta Vaz and John H. Hill tell what must surely be the greatest corporate story in American history--how Pan Am's daring and visionary executives, aviators, and innovators helped win the Second World War."
--Gregory Crouch, author of China's Wings and The Bonanza King "Pan Am at War is a major contribution to the literature on the history of American aviation. Not only is it a riveting narrative with fascinating characters--the airline's founder, Juan Trippe, is a real-life Jay Gatsby--but the book breaks new ground regarding Pan Am's contribution to Allied victory in World War II."
--Gregg Herken, Emeritus Professor of History, University of California, author of Brotherhood of the Bomb and The Georgetown Set

Mark Cotta Vaz is a New York Times bestselling author of thirty-six books. His award-winning and critically acclaimed works include The Invisible Art (coauthored with Craig Barron), Living Dangerously, and the Twilight Saga movie companion series, all #1 New York Times bestsellers. Vaz has written for numerous periodicals, including Cinefex, Yoga Journal, and Wired. He lives in San Francisco Bay area in California. John H. Hill has worked in the museum field for more than thirty-five years, first at Laguna Art Museum, and at SFO Museum since 1986. At SFO Museum he curates exhibitions, develops collections on the history of commercial aviation, and oversees the operation of the San Francisco Airport Commission Aviation Library and Louis A. Turpen Aviation Museum. Hill also a board member of the Pan Am Historical Foundation. He lives in San Francisco, California.
If the item details above aren’t accurate or complete, we want to know about it. Report incorrect product info.