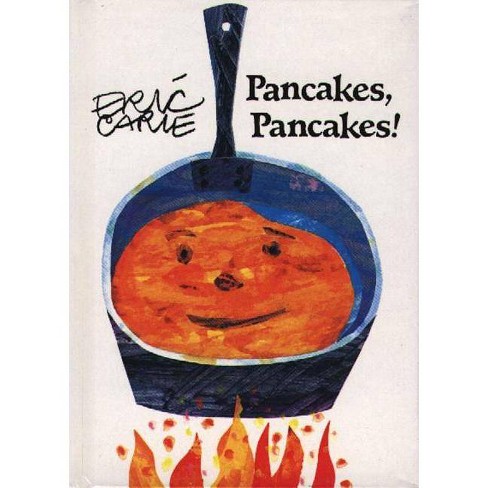 This is the story of Jack, who wants a giant pancake for breakfast. His busy mother says he must gather the ingredients that are located in several different places. Jack has to spend a lot of time gathering them. When will he ever get to eat his pancake? Full-color illustrations.

The barnyard rooster crows and Jack wakes up--hungry, of course! What does he want for breakfast? A big pancake! But first, Jack's mother needs flour from the mill, an egg from the black hen, milk from the spotted cow, butter churned from fresh cream, and firewood for the stove. Will Jack ever get his pancake? With his trademark vibrant collage illustrations and a lively text, Eric Carle has created a mouthwatering tale for young readers.

Eric Carle (1929-2021) was acclaimed and beloved as the creator of brilliantly illustrated and innovatively designed picture books for very young children, including Papa, Please Get the Moon for Me; Have You Seen My Cat?; and TheTiny Seed. His best-known work, The Very Hungry Caterpillar, has been translated into seventy languages and sold over fifty-five million copies. Carle illustrated more than seventy books, many bestsellers, most of which he also wrote, and more than 170 million copies of his books have sold around the world. In 2003, Carle received the Children's Literature Legacy Award for lifetime achievement in children's literature. In 2002, Eric and his wife, Barbara, cofounded The Eric Carle Museum of Picture Book Art (CarleMuseum.org) in Amherst, Massachusetts, a 40,000-square-foot space dedicated to the celebration of picture books and picture book illustrations from around the world, underscoring the cultural, historical, and artistic significance of picture books and their art form. Eric Carle passed away in May 2021 at the age of ninety-one. His work remains an important influence on artists and illustrators at work today. Find out more at Eric-Carle.com.
If the item details above aren’t accurate or complete, we want to know about it. Report incorrect product info.