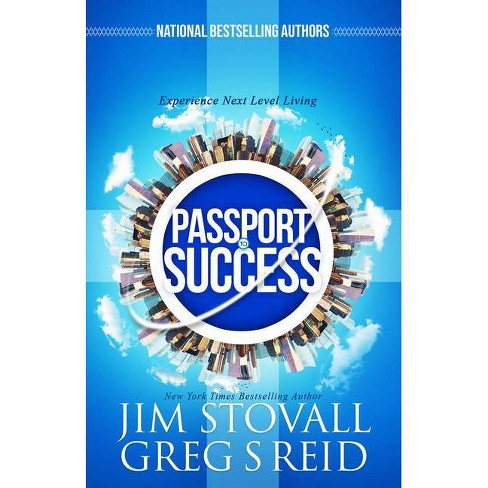 Jim Stovall, author of the award-winning book-turned-film The Ultimate Gift, and Greg S. Reid, author of the international bestseller Three Feet from Gold, bring you a powerful story about the importance of taking action on your dreams to fulfill your potential. Alex Best thought he was on the surefire path to success--until, that is, he loses everything: his girlfriend, his dream job, his home, and, progressively, his sight. His initial reaction is to blame everyone else for his "bad luck," but a timely meeting with an old friend and mentor transforms his perspective... "You are your own greatest mentor...you know what you need; go take action." Looking for a fresh start, Alex sells his material possessions and embarks on a yearlong trip around the world. What begins as an attempt to see the sights he'd always wanted to while he still could becomes a life-changing journey of self-discovery. As he encounters new guides in each place he visits, he receives lessons about how to realize meaningful success. The greatest among these is that he needs to take ownership of his circumstances, recognize and seize opportunities, abandon excuses and fears, and combine initiative with perseverance to create and sustain positive change in his life. The wisdom Alex gleans is available to you in this book: Stop letting ego, apathy, and fear limit your trajectory in life. Do away with the excuses that other people are responsible for your failures. Own your power and potential to build a life and legacy of success. Leave your mark on the earth by finding and living out your greatest purpose. The most beautiful sight is the masterpiece of your life that is uncovered once you remove the debris that is keeping it hidden. Join Alex on the trip of a lifetime: with Passport to Success, you, too, can expose your greatness and enjoy the fruits of living with enthusiasm and intentionality.

Jim Stovall has enjoyed success as an author, athlete, investment broker, and entrepreneur while dealing with the challenge of blindness. During his remarkable life, Jim has been a national champion Olympic weightlifter, as well as the author of more than 30 books. In addition to his personal achievements, Jim was honored as the 2000 International Humanitarian of the Year, joining Jimmy Carter, Nancy Reagan, and Mother Teresa as a recipient of this prestigious award. As co-founder and president of the Emmy Award-winning Narrative Television Network (NTN), Jim has also helped make movies and television accessible for America's 13 million blind and visually impaired people and their families. For over 25 years, Greg has inspired millions of people to take personal responsibility to step into the potential of their greatness and, as such, his life of contribution has been recognized by government leaders, a foreign Princess as well as luminaries in education, business, and industry. Mr. Reid has been published in over 100 books including 32 best-sellers in 45 languages. Titles such as - Stickability: The Power of Perseverance; The Millionaire Mentor and Three Feet from Gold: Turn Your Obstacles into Opportunities, have inspired countless readers to understand that the most valuable lessons we learn, are also the easiest ones to apply. Greg Reid is known best for being Founder of - Secret Knock A Forbes and Inc. magazine top-rated event focused on partnership, networking, and business development. He is the producer of the Oscar qualified film, Wish Man, based on the creator of the Make A Wish Foundation, streaming on Netflix now. For his work in mentoring youth in his hometown of San Diego, Mr. Reid was honored by the White House where a former President commended Greg for his work for positively working with youth through a local mentorship program.
And if that is not enough, recently Greg was honored with the star of the infamous Las Vegas Walk of Stars.
If the item details above aren’t accurate or complete, we want to know about it.

Mia & Toby's Adventures Around The World

Ling & Ting: Together in All Weather - (Passport to Reading - Level 3) by Grace Lin (Paperback)

Walking My Talk To Success - by Oliver Braykovich (Paperback)