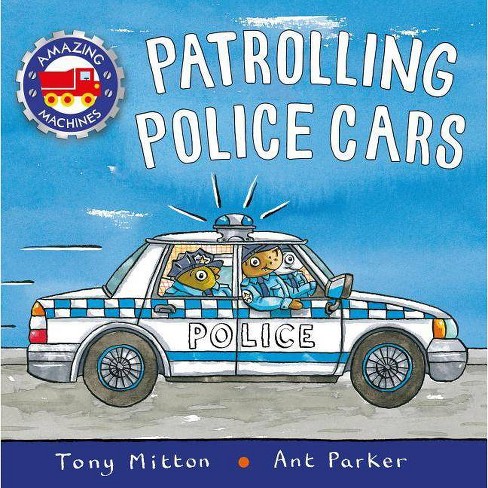 "Cruise around with some law-enforcing animal officers and their patrol cars."--Back cover.

Patrol the streets with some cool animal drivers in this cheerful picture book all about police cars. Lively wordplay, vibrant art, plus a visual dictionary, make this title a must-have for bookshelves everywhere.

Ant Parker is known for his distinctive, vibrant work in books such as Charlie Chick. His artwork has been animated for BBC Children's TV and he has illustrated all the books in the bestselling Amazing Machines series. His other titles include the pop-up counting book 10 Little Monsters, and an I Am Reading title: JJ Rabbit and the Monster. Ant lives in London.

Tony Mitton has been writing since he was 9. He began writing specifically for children while still working as a primary school and special needs teacher. He now works full-time as a writer and sometimes performs his poems in schools and libraries, mainly in the UK. Tony has written all the picture books in the bestselling Amazing Machines series. His other picture books include Down by the Cool of the Pool (with Guy Parker-Rees) and The Somethingosaur (with Russell Ayto).
If the item details above aren’t accurate or complete, we want to know about it. Report incorrect product info.