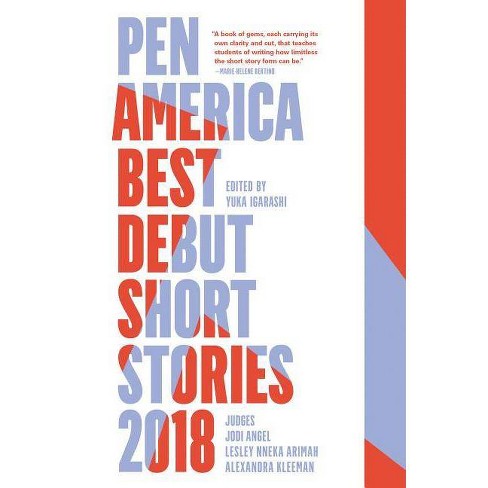 Jodi Angel is the author of two story collections, The History of Vegas and You Only Get Letters from Jail, which was named as a Best Book of 2013 by Esquire. Her work has appeared in Esquire, Tin House, One Story, Zoetrope: All-Story, Electric Literature Recommended Reading, and Byliner, among other publications and anthologies. Her short story, "Snuff," was selected for inclusion in The Best American Mystery Stories 2014. She lives in Northern California with her wife and daughters.

Lesley Nneka Arimah is a Nigerian writer born in the UK and currently living in Minneapolis. She won The 2017 Kirkus Prize for Fiction, is a finalist for the John Leonard Prize, and was named a "5 under 35" honoree by the National Book Foundation for her debut story collection What It Means When a Man Falls from the Sky. Her stories have appeared in The New Yorker, Harper's, Granta, Catapult, and other publications, and she has received grants and awards from Commonwealth Writers, AWP, the Elizabeth George Foundation, the Jerome Foundation and others.

Alexandra Kleeman is a Staten Island-based writer of fiction and nonfiction, and the winner of the 2016 Bard Fiction Prize. Her fiction has been published in The New Yorker, The Paris Review, Zoetrope: All-Story, Conjunctions, and Guernica, among others. Nonfiction essays and reportage have appeared in Harper's, Tin House, n+1, and The Guardian. Her work has received scholarships and grants from Bread Loaf, the Virginia Center for the Creative Arts, Santa Fe Art Institute, and ArtFarm Nebraska. She is the author of the novel You Too Can Have A Body Like Mine and the story collection Intimations.