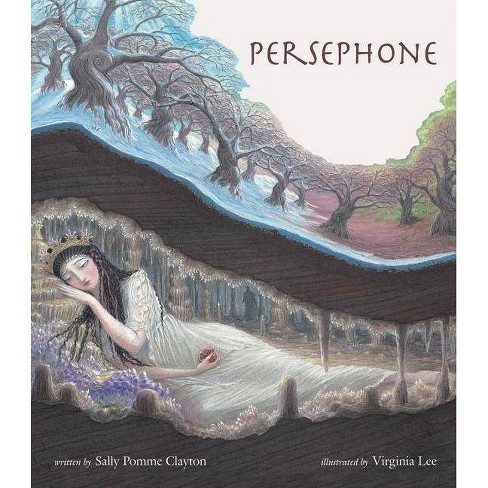 $15.59
no reviews yet
be the first!be the first! ratings
Shipping
Free standard shipping with RedCard
Loading, please wait...
Help us improve this page

Kirkus Reviews
"This pourquoi tale from ancient Greek mythology has everything to recommend it to modern readers. Clayton employs vivid imagery, powerful emotions, and loads of action to convey adventure, grief, love, drama, and the circle of life. Dialogue is crisp and accessible, while retaining just a hint of the formality expected of gods and goddesses. Lee's imaginative illustrations, detailed in glowing earth tones and sweeping across double-page spreads, complement the action. . . A beautiful retelling of an enduring myth." Booklist, Starred Review
"Approaching the Greek myth of Persephone with the respect that a good storyteller holds for a great story, Clayton retells the tale with drama and grace. The mixed-media artwork creates a series of scenes defined by sweeping lines, broad views, and restrained use of color. Reflecting the generally somber tone of the narrative, the illustrations are impressive in their stately beauty. Strange and memorable, the many cross-sections showing the earth's surface and the Underworld are particularly impressive. This lovely picture book was first published in England, but its appeal, like that of the myth, is universal."
If the item details above aren’t accurate or complete, we want to know about it. Report incorrect product info.