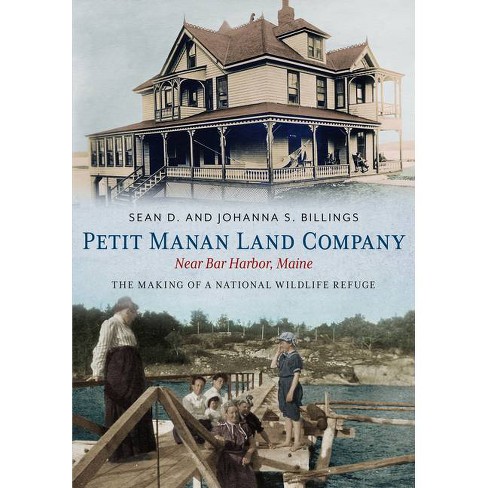 $26.99
new at target¬
no reviews yet
be the first!be the first! ratings
Shipping
Free standard shipping with RedCard
Loading, please wait...
Help us improve this page

A visitor today to the Petit Manan National Wildlife Refuge in Steuben, Maine, would find it hard to believe that the over 2,100-acre refuge was once destined be the next Bar Harbor. Plans were filed and numerous individuals and companies tried to sell the near 1,300 cottage lots and build the casino, clubhouse, steamboat dock, swimming beach, and two hotels.

In 1896, the Petit Manan Land Company started with a grand idea and invested money to build roads and public buildings, but by 1910, only a few private cottages were built, along with a church. The big money and thriving development eluded company after company for sixty years.

The area continued with only a few changes, and in 1975, a large portion of the land was transferred by Mr. and Mrs. William Mague to become the Petit Manan National Wildlife Refuge. Today, Petit Manan Point is part of the Maine Coastal Island National Wildlife Refuge and remains an important unspoiled stop for migrating birds as well as home to deer, bears, coyotes, porcupines, and other small animals.