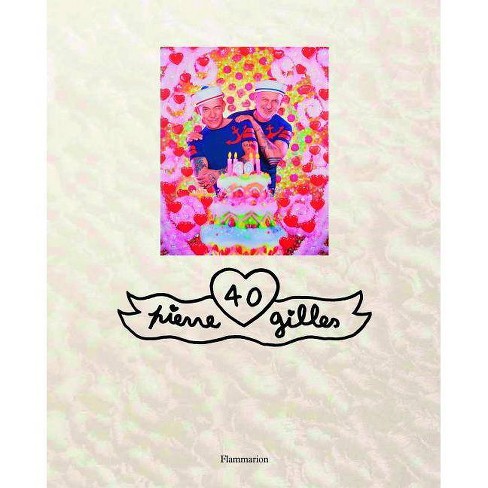 $19.69
MSRP$27.98
no reviews yet
be the first!be the first! ratings
Shipping
Free standard shipping with RedCard
Loading, please wait...
Help us improve this page

On the fortieth anniversary of Pierre Commoy and Gilles Blanchard's romantic union, this volume traces four decades of artistic collaboration between the photographer and painter known as Pierre et Gilles. This year-by-year retrospective of their vast oeuvre, accompanied by an incisive essay by art critic ï¿½ric Troncy, showcases the genesis and development of their sublime, audacious, and explicitly confected fusion of photography and painting. Highly sophisticated and shamelessly sexy, their art--stylized, idealized painted photographs--synthesizes tropes drawn from celebrity and mainstream gay culture with timeless themes of religion, mythology, and beauty, and many works feature international stars including Madonna, Naomi Campbell, Dita Von Teese, Kylie Minogue, Karl Lagerfeld, Mick Jagger, and Iggy Pop. The book is available in a trade edition and in a limited art edition of 200 copies that features a signed and numbered limited edition print created especially for the book and presented in a deluxe clamshell case.
If the item details above aren’t accurate or complete, we want to know about it. Report incorrect product info.