Pipers at the Gates of Dawn - by Jonathan Cott (Paperback) 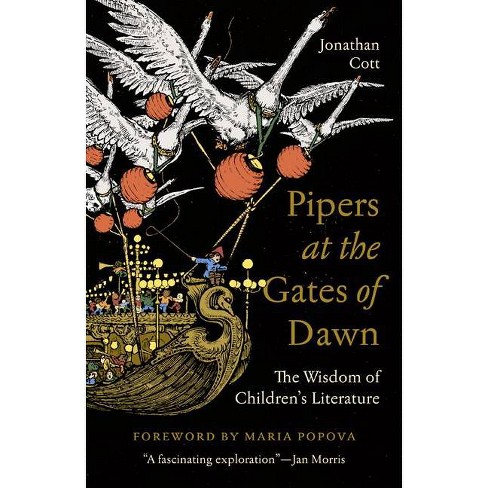 $19.95
no reviews yet
be the first!be the first! ratings
Release Date: coming soon!
Preorder for
Edit zip
Ships by release date with free standard shipping using RedCard
Help us improve this page

"A fascinating exploration of the world of children's literature by one of the very cleverest and most original journalists writing in English today."--Jan Morris

"Pipers at the Gates of Dawn is not a winsome foray into the saccharine world of childhood books and pleasant chats with their grandmotherly authors. Instead, this book is a serious, even profound study of complex writers and the depths concealed under the hard-wrought simplicity of their stories. It should be put on the shelf next to another milestone book--Bruno Bettelheim's The Uses of Enchantment--because it shows that childhoods are our common ground, lasting in their influences and as wide as they are deep."--Jerry Griswold, Los Angeles Times Book Review

"In Jonathan Cott, children's books have acquired as literate, as receptive, and as articulate a spokesman as the most exacting devotee of the literature could wish. . . . Lucky the authors who find such a critic. And lucky the readers who find essays as intelligent, as penetrating as these to take them nearer the subtle beauties and unexpected complexities of the great books for children."--Anne Scott MacLeod, The Washington Post

"Jonathan Cott's fascinating talk with P. L. Travers, chiefly on the Buddhist/transcendental play of ideas in her work, is one of six interviews with authors in this lyrical exploration of children's literature. The book is at once an escorted journey into myths of passage and renewal, and a Mary Poppins carpetbag compendium of the history of children's literature and literary biography."--Hope Cooke (former queen of Sikkim), Chicago Sun-Times

"A book, as serious as it is delightful, about a subject no less serious, no less delightful. The chapter on the Opies is in itself worth the entrance fee. How I wish parents by the tens of thousands could read it and make it part of themselves."--Clifton Fadiman