Playing with Fire - by April Henry 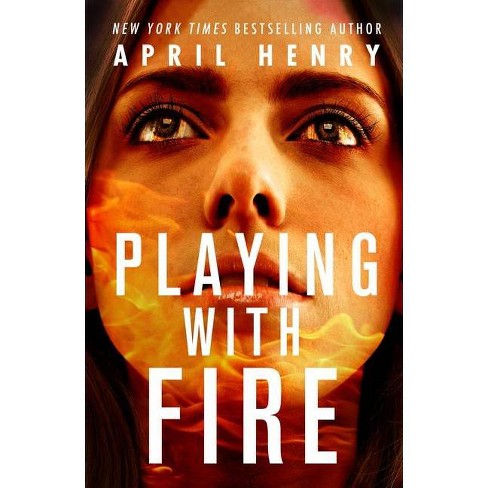 "When a fire engulfs an Oregon forest, a group of trapped hikers must find another way out"--

When a fire cuts off a popular trail in the Oregon forest, a small group trapped by the flames must find another way out--or die--in Playing with Fire, an unrelenting teen-vs-nature YA thriller by New York Times bestselling author April Henry.

Natalia is not the kind of girl who takes risks. Six years ago, she barely survived the house fire that killed her baby brother. Now she is cautious and always plays it safe. For months, her co-worker Wyatt has begged her to come hiking with him, and Natalia finally agrees.

But when a wildfire breaks out, blocking the trail back, a perfect sunny day quickly morphs into a nightmare. With no cell service, few supplies, and no clear way out of the burning forest, a group of strangers will have to become allies if they're going to survive. Hiking in the dark, they must deal with injuries, wild animals and even a criminal on the lam--before the fire catches them. Christy Ottaviano Books

Inspiration abounds . . . as the teens work together, making this read adventurous as well as satisfying. --Booklist

Well written and undeniably, regrettably relevant given the inevitability of future West Coast conflagrations. --The Bulletin

April Henry is the New York Times-bestselling author of many acclaimed mysteries for adults and young adults, including the YA novels The Girl in the White Van; Girl, Stolen; The Night She Disappeared; The Girl Who Was Supposed to Die; The Girl I Used to Be, which was nominated for an Edgar Award and won the Anthony Award for Best YA Mystery; Count All Her Bones; The Lonely Dead; Run, Hide, Fight Back; and The Body in the Woods and Blood Will Tell, the first two books in the Point Last Seen series. She lives in Oregon.
If the item details above aren’t accurate or complete, we want to know about it. Report incorrect product info.