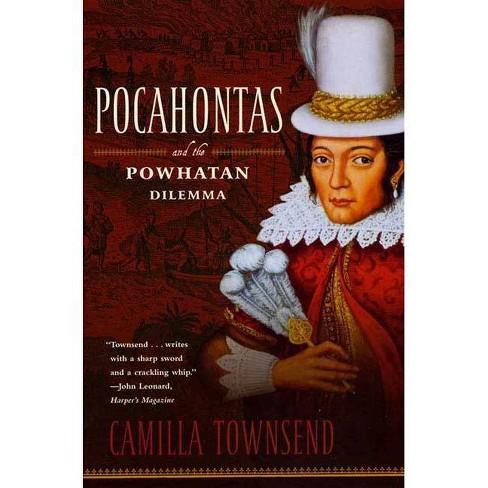 Camilla Townsend, who writes with a sharp sword and a crackling whip, refuses to believe anything just because so many people have repeated it." --Harper's Magazine

"What Camilla Townsend does in Pocahontas and the Powhatan Dilemma is to sift with care through all the written records she could find - her bibliography is impressive - and skillfully piece together a plausible picture of a brave, intelligent young woman and her eventful, if brief, life." --John M. and Priscilla S. Taylor, The Washington Times "This captivating book is ideal for anyone interested in the true story of Pocahontas, as well as historians and students interested in early Colonial American history." --Simone Bonim, History in Review Camilla Townsend brings a fresh perspective to this timely and welcome biography. She goes beyond the usual accounts by English colonists, drawing on sources such as the early Spanish explorers, opinions of members of the Virginia Indian descendant communities, original but highly plausible interpretations of Algonquian words, and recent archaeological studies. This history is meticulously researched and yet thoroughly charming; it should appeal to both casual readers and serious scholars." --Deanna Beacham, Program Specialist, Virginia Council on Indians "Who would have thought there was anything new to say about Pocahontas? Yet fresh insights abound in this book. With sparkling style, sound scholarship, and disciplined historical imagination, Camilla Townsend weaves from the fragmentary evidence a tale far more compelling than the myths and wishful thinking that have surrounded the subject since the days of John Smith." --Daniel K. Richter, McNeil Center for Early American Studies, University of Pennsylvania "There are few characters in American history less understood than Pocahontas. Camilla Townsend's fascinating new book has rescued Powhatan's daughter from both myth and mistakes. By applying the insights of recent scholars to the contemporary texts she knows so well, Townsend has done more than provide a brief biography of a crucial figure. She has made Pocahontas understandable to a twenty-first-century audience, and she has done so with elegant and spare prose. Her book should be read by everyone interested in the early colonial era or the Native American past." --Peter Mancall, University of Southern California
If the item details above aren’t accurate or complete, we want to know about it. Report incorrect product info.