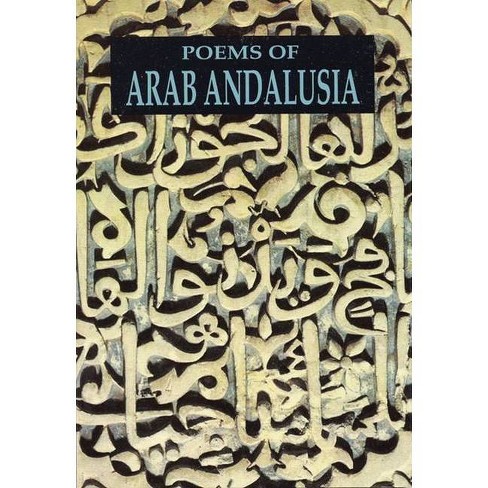 These poems, from the astonishing 10th- through 13th-century civilization in Andalusia, are based on the codex of Ibn Sa'id, who wanted poems whose idea is more subtle than the West Wind, and whose language is more beautiful than a fair face. Spanish readers have long been enchanted by their enduring appeal through the versions by Emilio García Gómez. This poetry of Arab Andalusia made a profound impact on Spain's Generation of '27. Rafael Alberti says that it was a revelation for me and had a great influence on my work, but above all influenced the work of Federico García Lorca.

Cola Franzen's vibrant, delicious and faithful renderings of this poetic motherlode are, to quote from a poet in her marvelous compilation, 'shooting stars that leap agile as acrobats.'--Christopher Sawyer-Lauçanno, author of An Invisible Spectator: A Biography of Paul Bowles

Of those things which delight the senses (according to a Tradition of the Prophet) the chiefest are 'water, green things & a beautiful face'; therefore a poetry of noble exquisiteness limits itself to certain tropes, in which the wisdom of sensuality is endlessly rediscovered. Blow dust from the folios of the vanished Moors & be stabbed by the URGENT NECESSITY of light-dappled fountains, the fractals of the garden, the transmutations of desire.--Peter Lamborn Wilson, author of Ploughing the Clouds

Cola Franzen has translated from Spanish some twenty volumes of prose and poetry, including Claudia Guillén's The Challenge of Comparative Literature, and Dreams of the Abandoned Seducer by Alicia Borinsky.