Popular Hits of the Showa Era - by Ryu Murakami (Paperback) 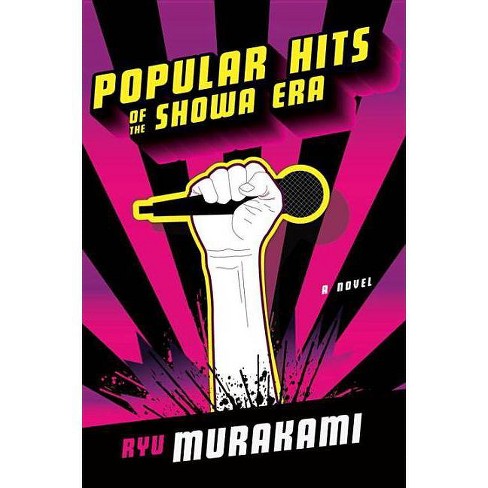 From the author of Audition, a wickedly satirical and wildly funny tale of an intergenerational battle of the sexes.

In his most irreverent novel yet, Ryu Murakami creates a rivalry of epic proportions between six aimless youths and six tough-as-nails women who battle for control of a Tokyo neighborhood. At the outset, the young men seem louche but harmless, their activities limited to drinking, snacking, peering at a naked neighbor through a window, and performing karaoke. The six aunties are fiercely independent career women. When one of the boys executes a lethal ambush of one of the women, chaos ensues. The women band together to find the killer and exact revenge. In turn, the boys buckle down, study physics, and plot to take out their nemeses in a single blast. Who knew that a deadly gang war could be such fun? Murakami builds the conflict into a hilarious, spot-on satire of modern culture and the tensions between the sexes and generations.

Murakami's novels are filled with entertaining psychopaths.... it's a reminder that he's one of the few subversive writers we have.--Nathaniel Rich "The New York Times"
If the item details above aren’t accurate or complete, we want to know about it. Report incorrect product info.