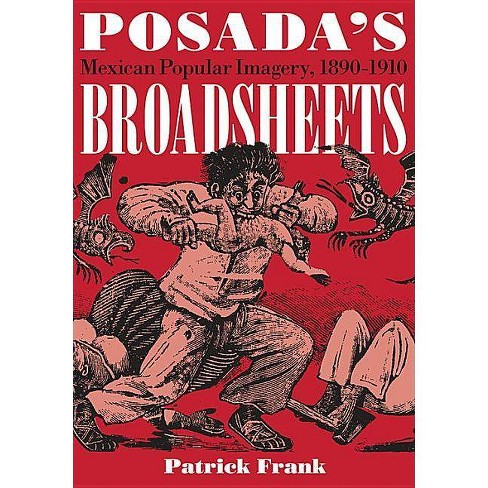 Josï¿½ Guadalupe Posada (1852-1913), a Mexican graphic artist, lived during one of Mexico's most chaotic times. The graphic illustrations he produced for the "broadsheets," the tabloids of the day, distributed on the streets of Mexico City became icons of Revolutionary Mexico, portraying murder, suicides, robberies, and disasters endured by the citizens, especially the Mestizo, of Mexico City.

"In this well-written and handsomely illustrated book, art historian Patrick Frank examines the European (i.e. French and Spanish) and Mexican influences on Posada's art as well as the many stories that served as the sources for his illustrations."--The Historian

"Posada's broadsheets detail many stories that were front-page news at the time and include a variety of colorful characters, among them Jesus Negrete, a Mexican Robin Hood-type career criminal, as well as a man who killed his parents and ate his baby son. . . . Frank shows that Posada took the point of view of the working class, not from the defenders of the regime or of its organized opposition."--Umbrella