Power, Faith, and Fantasy - by Michael B Oren (Paperback) 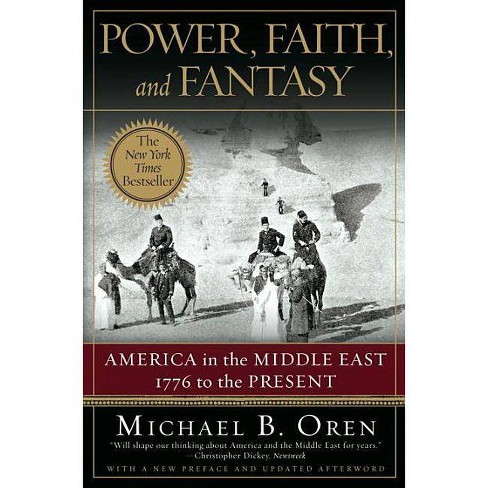 Drawing on thousands of government documents and personal letters, featuring original maps and more than 60 photographs, this book reconstructs the diverse and remarkable ways in which Americans have interacted with the Middle East over the last 230 years.

Power, Faith, and Fantasytells the remarkable story of America's 230-year relationship with the Middle East. Drawing on a vast range of government documents, personal correspondence, and the memoirs of merchants, missionaries, and travelers, Michael B. Oren narrates the unknown story of how the United States has interacted with this vibrant and turbulent region.

Elegant and engaging.... Had George W. Bush been abled to read this magnificent book before he launched Operation Iraqi Freedom... he might well have realized just how dangerous it has been to shoot first and ask questions later in the Middle East over the past 200 years. --Douglas Little"

Michael Oren's deeply researched and brilliantly written history will be a revelation to you. --Niall Ferguson, Harvard University, author of Colossus"

When a brilliant, lucid historian such as Michael B. Oren . . . brings the past back to life . . . it is a shaft of light in a dark sky. --Robert Kagan"
If the item details above aren’t accurate or complete, we want to know about it. Report incorrect product info.