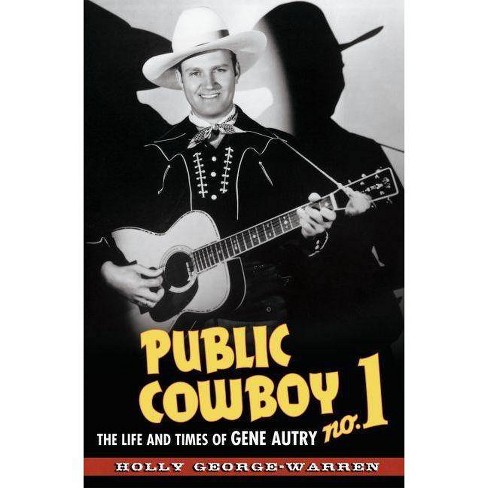 "A thorough, no-nonsense account of a singular life, and the prolific music writer George-Warren employs a brisk, assured style that hews to the Cowboy Code."--The Atlantic

"At last, in the centennial year of Gene's birth, Holly George-Warren gives us Public Cowboy No. 1, his first serious, full-length biography. There isn't likely to be another for a long time, so it's fortunate that Ms. George-Warren's is a good one."--Dallas Morning News

"The book is well-researched and written with a careful eye to history and a keen appreciation of music. And it is -- appropriately, I think -- tinged with a bit of George-Warren's genuine appreciation of Autry the artist and star but even more of Autry the person, the one she got to know before his death in 1998. Biographers don't always meet their subjects, obviously, and if they do, the results may be disastrous -- or beneficial. In George-Warren's case, it proved to be providential."--Country Music Television website (CMT.com)

"George-Warren does an impeccable job of presenting the facts of Autry's life and career detailing his early attempts at making records through his most successful periods. For fans of the singing cowboy, country music or general pop culture this book is highly recommended."--Midwest Book Review

"Public Cowboy No. 1 increases our understanding of the American cowboy myth, perpetuated by those movies known as westerns. George-Warren creates a realistic, factual portrait of Autry, the star and the man."--Rick Tamble, The Tennessean