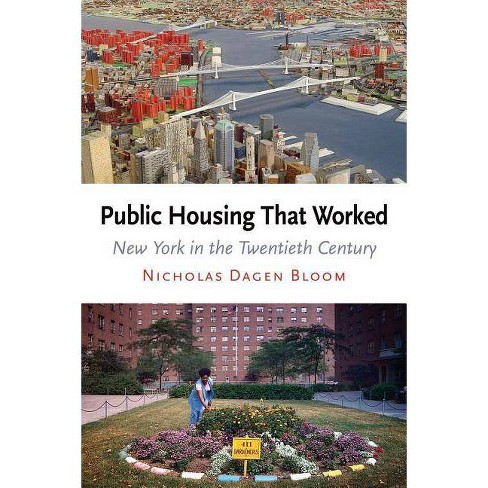 When it comes to large-scale public housing in the United States, the consensus for the past decades has been to let the wrecking balls fly. The demolition of infamous projects, such as Pruitt-Igoe in St. Louis and the towers of Cabrini-Green in Chicago, represents to most Americans the fate of all public housing. Yet one notable exception to this national tragedy remains. The New York City Housing Authority, America's largest public housing manager, still maintains over 400,000 tenants in its vast and well-run high-rise projects. While by no means utopian, New York City's public housing remains an acceptable and affordable option.

The story of New York's success where so many other housing authorities faltered has been ignored for too long. Public Housing That Worked shows how New York's administrators, beginning in the 1930s, developed a rigorous system of public housing management that weathered a variety of social and political challenges. A key element in the long-term viability of New York's public housing has been the constant search for better methods in fields such as tenant selection, policing, renovation, community affairs, and landscape design.

Nicholas Dagen Bloom presents the achievements that contradict the common wisdom that public housing projects are inherently unmanageable. By focusing on what worked, rather than on the conventional history of failure and blame, Bloom provides useful models for addressing the current crisis in affordable urban housing. Public Housing That Worked is essential reading for practitioners and scholars in the areas of public policy, urban history, planning, criminal justice, affordable housing management, social work, and urban affairs.