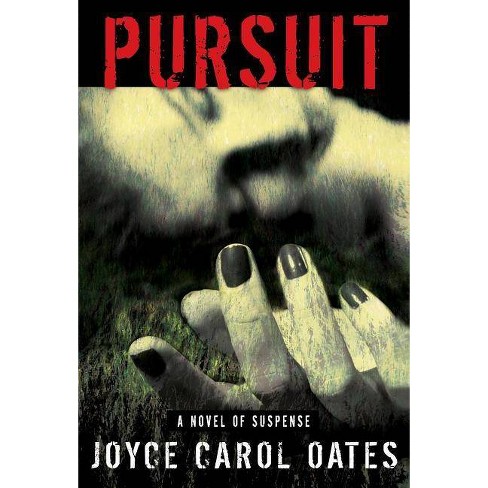 "[Oates] consistently reveals to us what we don't want to believe--that the calls are always coming from inside the house, and the dangers lurking inside the walls of home are more dangerous than the "other" we are trying to demonize and keep out."--Criminal Element

"Oates reinforces her place as the grand mistress of ghoulishness."--Publishers Weekly

"[A]n intriguing novel that is definitely worth reading, especially if you are a fan of this legendary, award-winning author."--Bookreporter

"Oates is in full domestic gothic mode...A compelling domestic horror story reaches into a young woman's nightmares of her childhood in search of what's real."--Kirkus

"Staccato pacing and Oates' deftly malevolent yet nuanced characterizations contribute to this fast-paced examination of the destructive and restorative nature of obsessive love."--Booklist

"Turn on the lights and crack open this suspenseful book that's coming out just in time for Halloween."--Good Housekeeping

"[A] cutting edge collection...full of rare, believable scenarios that can make the heart race or cause us to ponder our own mortality...Night Gaunts is like a paranoid daydream, yet one where it is satisfying to know that you can awaken with a sounder mind than before it began."--Bookreporter, on Night-Gaunts

"Few writers better illuminate the mind's most disturbing corners."--Seattle Times, "The 10 best mysteries of 2015," on Jack of Spades

"Oates's brand of horror has never required the invocation of other worlds: This world is terrible enough for her. Everything she writes, in whatever genre, has an air of dread, because she deals in vulnerabilities and inevitabilities, in the desperate needs that drive people . . . to their fates. A sense of helplessness is the essence of horror, and Oates conveys that feeling as well as any writer around."--New York Times Book Review, on The Doll-Master and Other Tales of Terror

"Does any writer around do literary creepy like Joyce Carol Oates? . . . The stories always have an undercurrent of menace poised to break through at any moment."--St. Louis Post-Dispatch, on The Doll-Master and Other Tales of Terror

"This writer is extraordinary not because she produces such huge amount, but because what she produces is so consistently good. And short stories show her invention, economy and control at its best . . . Oates perfectly captures the atmosphere of fear and well-meaning misunderstanding."--Times (UK), on High Crime Area

"Oates creates worlds and minds as overwrought and paranoid as anything a female Poe could imagine, then sprinkles her trademark exclamation points licentiously through the interior monologues to heighten the intimacy between ecstasy and madness."--Kirkus Reviews, on DIS MEM BER and Other Stories of Mystery and Suspense