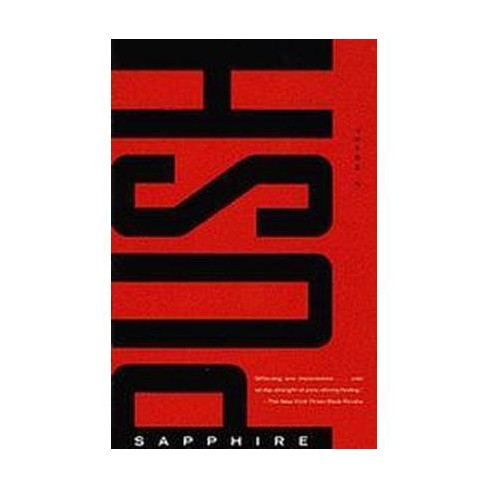 Relentless, remorseless, and inspirational, this "horrific, hope-filled story" ("Newsday") is certain to haunt a generation of readers. Precious Jones, 16 years old and pregnant by her father with her second child, meets a determined and highly radical teacher who takes her on a journey of transformation and redemption.

Even though the film Precious packs quite a wallop, the gritty realism of the novel upon which the movie is based is even more intense. --NPR

Precious Jones, an illiterate sixteen-year-old, has up until now been invisible to the father who rapes her and the mother who batters her and to the authorities who dismiss her as just one more of Harlem's casualties. But when Precious, pregnant with a second child by her father, meets a determined and radical teacher, we follow her on a journey of education and enlightenment as she learns not only how to write about her life, but how to make it truly her own for the first time.

Sapphire is the author of American Dreams, a collection of poetry which was cited by Publishers Weekly as, One of the strongest debut collections of the nineties. Push, her novel, won the Book-of-the-Month Club Stephen Crane award for First Fiction, the Black Caucus of the American Library Association's First Novelist Award, and, in Great Britain, the Mind Book of the Year Award. Push was named by the Village Voice and Time Out New York as one of the top ten books of 1996. Push was nominated for an NAACP Image Award in the category of Outstanding Literary Work of Fiction. About her most recent book of poetry Poet's and Writer's Magazine wrote, With her soul on the line in each verse, her latest collection, Black Wings & Blind Angels, retains Sapphire's incendiary power to win hearts and singe minds. Sapphire's work has appeared in The New Yorker, The New York Times Magazine, The New York Times Book Review, The Black Scholar, Spin, and Bomb. In February of 2007 Arizona State University presented PUSHing Boundaries, PUSHing Art: A Symposium on the Works of Sapphire. Sapphire's work has been translated into eleven languages and has been adapted for stage in the United States and Europe. Precious, the film adaption of her novel, recently won the Grand Jury Prize and the Audience Awards in the U.S. dramatic competition at Sundance (2009).
If the item details above aren’t accurate or complete, we want to know about it. Report incorrect product info.