Putin v. the People - by Samuel A Greene & Graeme B Robertson (Hardcover) 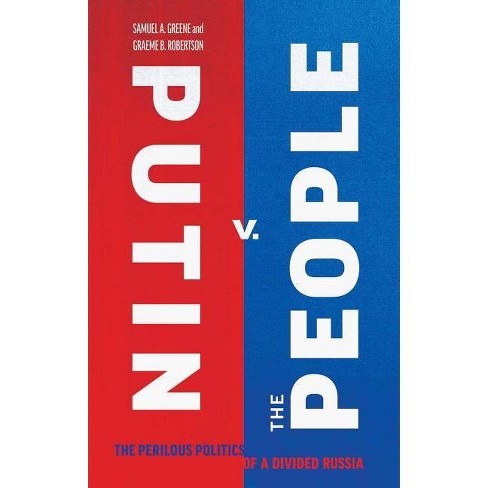 "This volume offers a significant contribution to our understanding of Russian politics, and autocracy in general. It offers a nuanced and persuasive alternative to the vision of an autocrat propped up by chauvinism, fear, and repression. . . . It is written in a journalistic style that is very accessible to general readers and undergraduates. I expect to see it on many syllabi of Russian politics and society in the near future."--James Richter, Russian Review
"Groundbreaking research presented in a fresh and accessible style - this book, centering on the positive social and emotional responses of the Russian people to their autocratic political leadership, is a thought-provoking challenge to the clichï¿½s and stereotypes surrounding Vladimir Putin" - Edward Lucas, author of The New Cold War: Putin's Russia and the Threat to the West
"This egnagingly written book concentrates on ordinary Russians, meticulously tracking their reactions to a complex but fragile regime where opposition is significant if limited, and Putin and his people are surprisingly dependent on each other" - Sir Rodric Braithwaite, author and British Ambassador in Moscow 1988-92

"Challenging many conventional assumptions about contemporary Russian society, this fresh, original analysis offers paradoxically an explanation for why Putin is popular -- but also why his position is fragile." - Michael McFaul, Professor of Political Science at Stanford University and Former US Ambassador to Russia


"A deep dive into the complexities of Russian society, Putin's popularity and the protest movement that rocked the Kremlin." - Arkady Ostrovsky, author of The Invention of Russia
If the item details above aren’t accurate or complete, we want to know about it. Report incorrect product info.