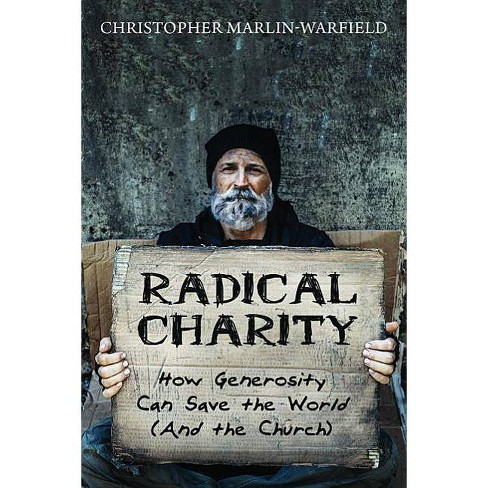 $19.69
no reviews yet
be the first!be the first! ratings
Shipping
Free standard shipping with RedCard
Loading, please wait...
Help us improve this page

Right now, there is a movement in churches and nonprofits arguing that charity is toxic, that helping hurts, and that the entire nonprofit sector needs to be reformed to truly lift people out of poverty. These charity skeptics are telling Christians that traditional charity deepens dependency, fosters a sense of entitlement, and erodes the work ethic of people who receive it. Charity skepticism is increasingly popular; and it is almost certainly wrong. Radical Charity weaves together research and scholarship on topics as diverse as biblical scholarship, Christian history, economics, and behavioral psychology to tell a different story. In this story, charity is the heart of Christianity and one of the most effective ways that we can help people who are living in poverty. Charity--giving to people experiencing poverty without any expectation of return or reformation--can save the world and help make God's vision for the church a reality. ""Want to be a happier person? Give generously, especially to those in poverty. That is the astonishing argument Chris Marlin-Warfield makes in Radical Charity. Marlin-Warfield turns the whole concept of charity on its head. Instead of judging the poor or feeling superior to them, realize that through charity you are entering into a profound relationship with God, with the poor, and with your own soul. This book confronts our current culture of cruelty from the heart of Christianity, as well as from sound socio-economic research. It makes sense! And here's an amazing thing. You will feel a lot happier after you have read this book and started to practice radical charity. Get going!"" --Susan Brooks Thistlethwaite, Professor of Theology and Past President, Chicago Theological Seminary ""Justice versus charity. Loans versus giving. As one whose ministry includes shaping strategies and nurturing partnerships around the world with people working against poverty, these are debates I encounter daily. Radical Charity challenges the underlying assumptions of those common approaches. It offers a fresh perspective that roots charity in the generosity of God and offers a glimpse into a sharing economy that embodies abundance for all. I am inspired to see anew how 'charity works.'"" --Mary Schaller Blaufuss, Director, United Church of Christ Humanitarian & Development Ministries ""Radical Charity will inspire and educate leaders, influencers, and those who long to empower others to experience their full potential. Marlin-Warfield encourages readers to approach good works with loving intentions paired with careful study and prudence. His words are wise, examples compelling, and perspective powerful. The book reminds us that the discipline and act of charity, when done with great thought and care, will first change the doer and then change the world."" --Leslie Klipsch, author of Mama Bear's Manifesto: A Moms' Group Guide to Changing the World ""Radical Charity is a call to reclaim the heart of Christianity and the meaning of the Kingdom of God. Christopher Marlin-Warfield peels back the curtain on powerful myths of toxic charity that are based largely on speculation and capitalist values. Instead, with the compassion of a pastor and the rigor of a sociologist, he creates a vision for charity that can truly transform lives, communities, and the world."" --Robb McCoy, Producer of the Pulpit Fiction Podcast and Pastor of Two Rivers United Methodist Church (Rock Island, Illinois) Christopher Marlin-Warfield has more than a decade of experience in the church and the wider nonprofit sector. He is deeply passionate about bringing people together to do good. He is ordained in the United Church of Christ (UCC) and currently serves First Congregational UCC in DeWitt, Iowa.
If the item details above aren’t accurate or complete, we want to know about it. Report incorrect product info.