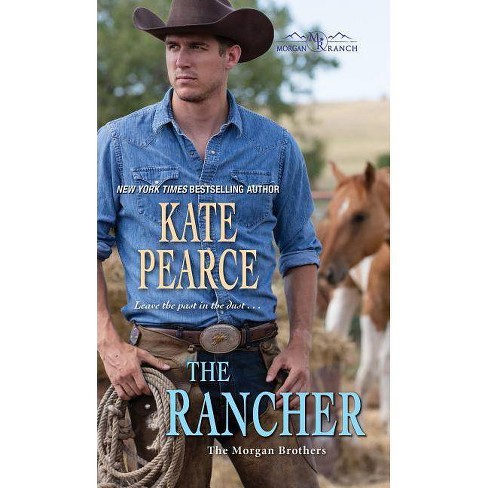 On the legendary ranch she can now call home, Rachel Ford Morgan searches for her place in her birth family--and finds so much more--in the sixth novel in this series by "New York Times"-bestselling author Pearce. Original. Original.

On the legendary ranch she can now call home, one woman searches for her place in her birth family--and finds so much more . . .

Now that she's completed her engineering degree, Rachel Ford Morgan is trying to find her footing around her birth father and her four brothers. She gets a chance to prove herself when she discovers worrisome fault lines around an abandoned silver mine. But they're nothing compared to the cowboy who seems determined to shake up her world . . . Cauy Lymond doesn't take kindly to the woman nosing around his property--especially since she's a Morgan. He came home just to keep his father's failing ranch out of their super-wealthy hands. But he soon realizes that Rachel's skill--and admirable courage--may be the only things that can shore up the old mine that threatens both their futures. Still, it will take pouring all of their blood, sweat, and secrets into saving the land--and ultimately, themselves--to bring their true feelings for each other to the surface . . .
Praise for The Maverick Cowboy "Captures the spirit of the West in a charming contemporary romance."
--Booklist

New York Times and USA Today bestselling author Kate Pearce was born in England in the middle of a large family of girls and quickly found that her imagination was far more interesting than real life. After acquiring a degree in history and barely escaping from the British Civil Service alive, she moved to California and then to Hawaii with her kids and her husband and set about reinventing herself as a romance writer. She writes for Kensington, Penguin Random House UK Rouge Romance, Carina and Cleis Press and is known for both her unconventional heroes and her joy at subverting romance cliches. In her spare time she self publishes science fiction erotic romance, historical romance and whatever else she can imagine. You can find Kate at her website at www.katepearce.com, on Facebook as Kate Pearce, and on Twitter @Kate4queen.
If the item details above aren’t accurate or complete, we want to know about it. Report incorrect product info.