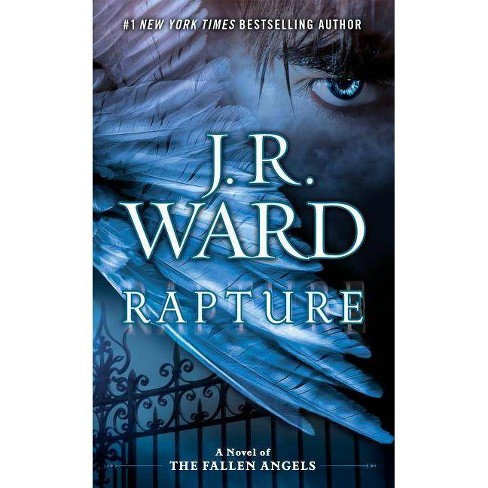 The new man in reporter Mels Carmichael's life is more than a lover. Stricken with amnesia, he's also a mystery. When his memory returns, his one-buried past plunges them into a war between angels and demons.

Out of the wickedly inventive imagination of #1 New York Times bestselling author J.R. Ward comes a world where sin and salvation collide in a battle for the future of mankind--where a cynical fallen angel struggles against the seven deadly sins and a demon's lure over seven chosen souls... Mels Carmichael, reporter for the Caldwell Courier Journal, gets the shock of her life when a man stumbles in front of her car outside the local cemetery. After the accident, his amnesia is just the kind of mystery she likes to solve, but she soon discovers they're in over their heads with his past. Over their heads with passion, too. As shadows walk the line between reality and another realm, and her lover's memory begins to come back, the two of them learn that nothing is truly dead and buried. Especially when you're trapped in a no holds barred war between angels and demons. With a soul on the line, and Mels's heart at risk, what in Heaven--or in Hell--will it take to save them both?

Praise for J.R. Ward and her Novels of the Fallen Angels "Fans of the brotherhood, clear a shelf: your next series addiction has just begun."--Publishers Weekly "It grabbed me from the very beginning."--SmexyBooks "A fantastic read...Go get this book!"--Fresh Fiction "A sumptuous mix of danger and romance."--Booklist "[Ward's] incredibly unique style of writing, mixed with her outrageous shocks and twists...changed the face of paranormal romance."--Suite101.com "Proves that J.R. Ward's talents don't stop at vampires."--LoveVampires.com "Complex...fascinating."--Midwest Book Review

J. R. Ward is the author of more than thirty novels, including those in her #1 New York Times bestselling Black Dagger Brotherhood series. She is also the author of the Black Dagger Legacy series and the Bourbon Kings series. There are more than fifteen million copies of her novels in print worldwide, and they have been published in twenty-six different countries around the world. She lives in the South with her family.
If the item details above aren’t accurate or complete, we want to know about it. Report incorrect product info.