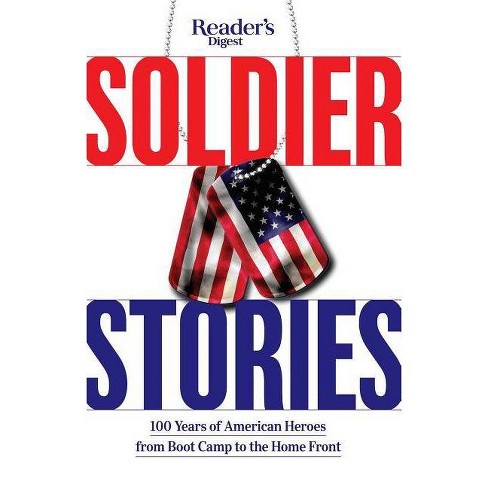 Reader's Digest Soldier Stories is a chronological retrospective of the best military pieces Reader's Digest has run, from World War I through the war in Iraq. Featuring stories from the battlefield to the home front, this inspiring collection honors the men and women of America's armed forces and gives readers a glimpse into life in uniform. Beginning in World War I and continuing through to the war in Iraq, readers will follow soldiers into the trenches, peer in on emergency surgery taking place in the depths of the ocean, watch heroes carry the bodies of fallen brethren, trail Eisenhower for the three days leading up to D-Day, and be inspired as men and women rise above and beyond normal human limits to preserve our rights and save their friends. Other stories include those of:
- A soldier's last gift to her young daughter at home
- A tribute to one of the first African-Americans to serve as a Naval Officer
- A pilot rescued after his F-16 is shot down
- A judge who sentenced a fellow veteran to jail, then joined him in his cell for the night to help him through his PTSD
- An American soldier who takes a big risk to save a dying Afghan girl This book gives a complete perspective on the hell that is war, the love that grows from camaraderie, the pride from accomplishing the impossible, the humor that springs from the military bureaucracy, and more. A chronological retrospective of the best military pieces Reader's Digest has run, Reader's Digest Soldier Stories honors the men and women of America's armed forces.
If the item details above aren’t accurate or complete, we want to know about it. Report incorrect product info.