Rebels on the Niagara - by Lawrence E Cline (Paperback) 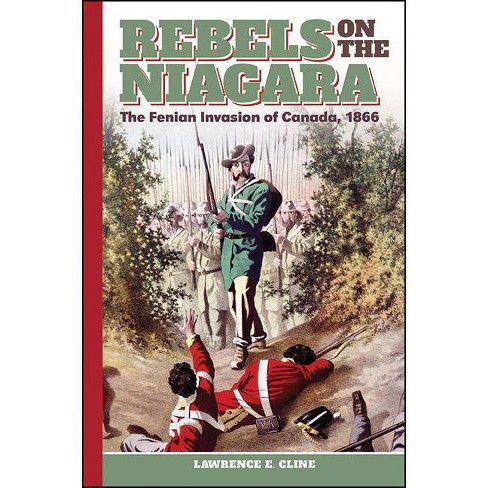 "Cline adds Rebels on the Niagara to the raft of recent explorations of Fenianism ... but this concise, cleanly written, and sporadically droll narrative will occupy a useful niche among them." -- American Historical Review "...this addition contributes to a growing awareness of and interest in the 1866 Fenian Brotherhood's plans to invade Canada, which, the author is correct to underscore, was a much bigger deal than history has allowed." -- Canadian Journal of History "Cline's skills as a writer surpass the Fenians' skills at waging war against America's friendly neighbors ... [a] well-organized narrative." -- Civil War News "A brilliant new account of the forgotten 1866 invasion of Canada by Fenian Irish American Civil War veterans. The Battle of Ridgeway, fought during the Fenian Raids in the Niagara region, was the first Irish victory over the forces of the British Empire since the Battle of Fontenoy in 1745. Lawrence Cline gives us a new look inside the mad and daring Fenian invasion plan to take Canada and hold it hostage in the name of freedom from British rule in Ireland." -- Peter Vronsky, author of Ridgeway: The American Fenian Invasion and the 1866 Battle That Made Canada "This book examines in fascinating detail a neglected event in US and Niagara Frontier history. Lawrence Cline's study of the Fenian invasion of Canada will be of interest to students of unconventional war, the Irish independence movement, and US-Canadian relations, as well as to the general educated reader. It is a valuable contribution to the literature." -- Thomas R. Mockaitis, author of Conventional and Unconventional War: A History of Conflict in the Modern World
If the item details above aren’t accurate or complete, we want to know about it. Report incorrect product info.