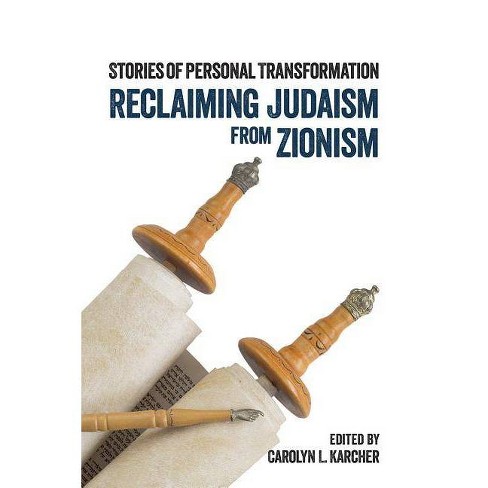 $14.29
no reviews yet
be the first!be the first! ratings
Shipping
Free standard shipping with RedCard
Loading, please wait...
Help us improve this page

Today Jews face a choice. We can be loyal to the ethical imperatives at the heart of Judaismš€š--love the stranger, pursue justice, and repair the world. Or we can give our unconditional support to the state of Israel. It is a choice between Judaism as a religion and the nationalist ideology of Zionism, which is usurping that religion.

In this powerful collection of personal narratives, forty Jews of diverse backgrounds tell a wide range of stories about the roads they have traveled from a Zionist world view to activism in solidarity with Palestinians and Israelis striving to build an inclusive society founded on justice, equality, and peaceful coexistence.

Reclaiming Judaism from Zionism will be controversial. Its contributors welcome the long overdue public debate. They want to demolish stereotypes of dissenting Jews as "self-hating," traitorous, and anti-Semitic. They want to introduce readers to the large and growing community of Jewish activists who have created organizations such as Jewish Voice for Peace, IfNotNow, and Open Hillel. They want to strengthen alliances with progressives of all faiths. Above all, they want to nurture models of Jewish identity that replace ethnic exclusiveness with solidarity, Zionism with a Judaism once again nourished by a transcendent ethical vision.