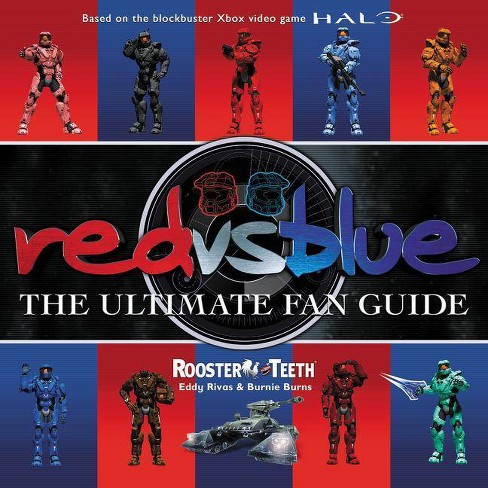 Discover everything you've always wanted to know about Simmons, Grif, Sarge, Donut, Tex, Sheila the tank, Caboose, Church, and the rest of the Red and Blue team members stationed in the box canyon known as Blood Gulch, with this full-color companion guide to the multiple-award-winning, long-running, comic science-fiction web series Red vs. Blue.

In Red vs. Blue: The Ultimate Fan Guide, the series creators at Rooster Teeth bring together more than a decade's worth of ephemera and behind-the-scenes information. Inside you'll find:

- Character-driven lists, including "The Wisdom of Caboose"

- Charts and statistics mapping out character, world, and episode trivia, such as how many times Simmons has sucked up to Sarge over the course of the series

- The best Red vs. Blue quotes ever of all time

- Spotlights on the Red vs. Blue cast and crew, who share unique anecdotes, behind-the-scenes stories, and insights into the award-winning series

--Village Voice
If the item details above aren’t accurate or complete, we want to know about it. Report incorrect product info.