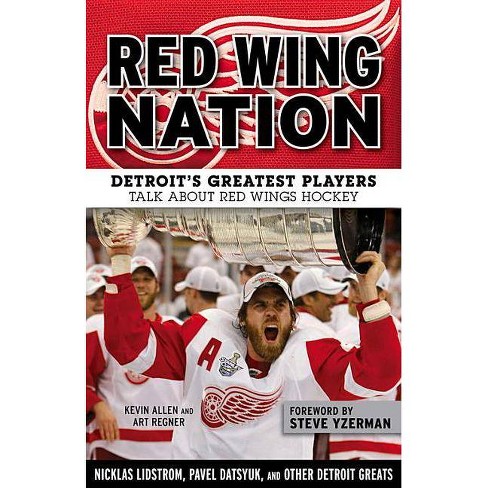 An oral history of the Detroit Red Wings, one of the most popular franchises in the NHL The most outstanding voices of the Detroit Red Wings hockey tradition come together in this decade-by-decade collection of more than 40 stories. Wings fans will relish the intimate stories told by Steve Yzerman, Niklas Lindstrom, Ted Lindsay, and other figures they have come to cherish. One phrase, one season, or one particular game cannot capture the spirit of the Red Wings; instead, the players and managers who made the magic happen over the decades blend their experiences to capture the true essence of their beloved team.

Kevin Allen has been writing about hockey at every level for more than two decades. He is the president of the Professional Hockey Writers Association and the author or coauthor of numerous sports books, including Made in America and My Last Fight. He lives in Ypsilanti, Michigan. Art Regner is a sports radio broadcaster and author who has been on the Detroit sports airwaves with WDFN and WXYT for more than a decade. He is the coauthor with Kevin Allen of What It Means to Be a Red Wing. He lives in Livonia, Michigan. Steve Yzerman is a former player for the Detroit Red Wings, a member of the Hockey Hall of Fame, and the general manager of the Tampa Bay Lightning. He is the one of the all-time leading scorers in NHL history, has won three Stanley Cup Championships, an Olympic gold medal, and was named an All-Star 10 times. His jersey number has been retired by the Red Wings. He lives in Bloomfield, Michigan.
If the item details above aren’t accurate or complete, we want to know about it. Report incorrect product info.