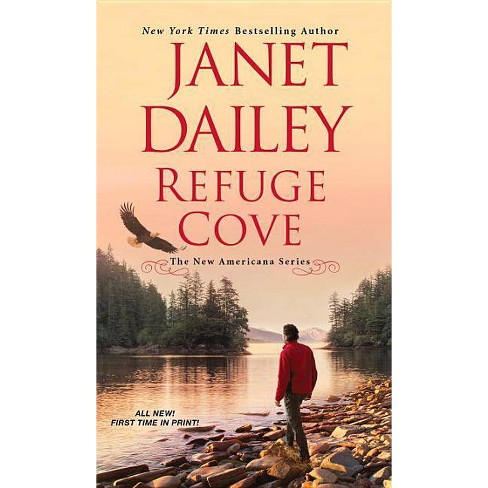 $5.98
undefined out of 5 stars with 0 reviews
be the first!be the first! ratings
Help us improve this page

Refuge Cove, Alaska, stays true to its name when a woman who has lost hope and a man in need of healing come to each other's rescue . . . She came to Alaska on the promise of marriage, only to find herself on the run from her would-be husband. Lost and alone in the wilderness, Emma Hunter nearly weeps with relief at the sight of a small plane in the distance--until the rugged bush pilot makes his way through the brush to help her. Can she trust this stranger any more than the menacing predator on her trail? But there's something in John Wolf's dark eyes that wills her to believe in him, something about his gentle nature that allows her to accept his offer of protection . . . He'd let her into his life because he knew she was in trouble. The last thing John Wolf expects is to feel so much so quickly for the vulnerable woman in his care. For sharing his lonely wilderness home with Emma means allowing her to see his sorrow--the son he longs to reconnect with, the loss of the family he once dreamed possible. Sharing his heart with Emma means being willing to risk everything to keep her safe . . . A Military Spouse Book Club Selection PRAISE FOR JANET DAILEY and her novels "Big, bold, and sexy . . . Janet Dailey at her best!"
--Kat Martin on Texas True

"Plenty of intrigue, subplots, twists, and of course, love. Fans and newcomers alike will revel in this ride."
--Publishers Weekly on Texas Tall

"Dailey confirms her place as a top mega-seller."
--Kirkus Reviews

JANET DAILEY's first book was published in 1976. Since then she has written more than 100 novels and become one of the top-selling female authors in the world, with 325 million copies of her books sold in nineteen languages in ninety-eight countries. She is known for her strong, decisive characters, her extraordinary ability to recreate a time and a place, and her unerring courage to confront important, controversial issues in her stories. To learn more about Janet Dailey and her novels, please visit www.JanetDailey.com or find her on Facebook at Facebook.com/JanetDaileyAuthor.
If the item details above aren’t accurate or complete, we want to know about it. Report incorrect product info.