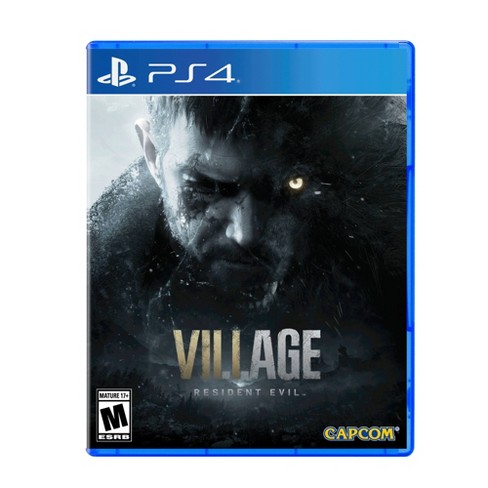 4.3 out of 5 stars with 6 reviews
66 ratings
Help us improve this page

FEATURES:
•All new Resident Evil experience picking up where Resident Evil 7 biohazard left off, Resident Evil Village is the eighth major installment in the flagship Resident Evil series The game sees the reunited Ethan and Mia Winters living happily together and putting their shared night mares of the Baker’s plantation behind them… until their life is upended and Ethan becomes the focal point of a new nightmare.
•Next Generation Technology RE Engine paired with next gen console power will deliver photorealistic graphics, bringing the shadowy village and its haunting residents to life. Resident Evil Village will showcase the most realistic survival horror experience to date.
•First Person Action Players will assume the role of Ethan Winters and experience every up close battle and terrifying pursuit through a first person perspective.
•Familiar Faces and New Foes Chris Red field has typically been a hero in the Resident Evil series , but his appearance in Resident Evil Village seemingly shrouds him in sinister motives. A host of new adversaries inhabiting the enigmatic village will relentlessly hunt Ethan and hinder his every move as he attempts to make sense of the new nightmare he finds himself in.
•A Living, Breathing Village More than just a mysterious backdrop for the horrifying events that unfold in the game, the village is a character in its own right with mysteries for Ethan to uncover and terrors to escape from.
PS4 Compatible
Compatible with PS4: This item is compatible with your PS4
If the item details above aren’t accurate or complete, we want to know about it. Report incorrect product info.