Return of the Wolf - by Paula Wild (Hardcover) 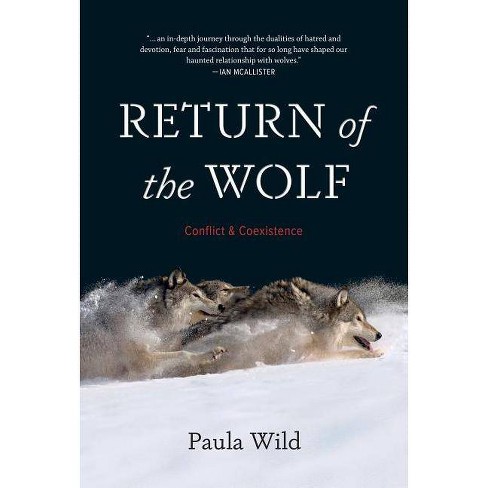 $19.49
MSRP$29.95
0 out of 5 stars with 0 reviews
be the first!be the first! ratings
Shipping
Free standard shipping with RedCard
Help us improve this page

Wolves were once common throughout North America and Eurasia. But by the early twentieth century, bounties and organized hunts had drastically reduced their numbers. Today, the wolf is returning to its ancestral territories, and the "coywolf"--a smaller, bolder wolf-coyote hybrid--is becoming more common. In Return of the Wolf, author Paula Wild gathers first-hand accounts of encounters with wolves and consults with wildlife experts for suggestions on how minimize conflict, respond to aggressive wolves and coexist with the apex predator.

Wild explores the latest theories on how wolves became dogs, the evolving strategies to prevent livestock predation, and why Eurasian wolves seem more aggressive toward humans than their North American cousins. She also addresses the many misconceptions about wolves: for example, that they howl when hungry, kill for pleasure and always live in packs. What is true is that a wolf possesses a howl as unique as a human fingerprint and can trot eight kilometres per hour for most of the day or night in search of prey while using earth's magnetic field to find its way. Some scientists consider wolves' complex social structures and family bonds closer to humans' than those of primates.

In a skillful blend of natural history, Indigenous stories and interviews with scientists and conservationists, Wild examines our evolving relationship with wolves and how society's attitudes affect the populations, behaviour and conservation of wolves today. As a highly social, intelligent animal, the wolf is proving adept at navigating the challenges of an ever-changing landscape. But their fate remains uncertain. Wolves are adapting to humans; can humans adapt to wolves?