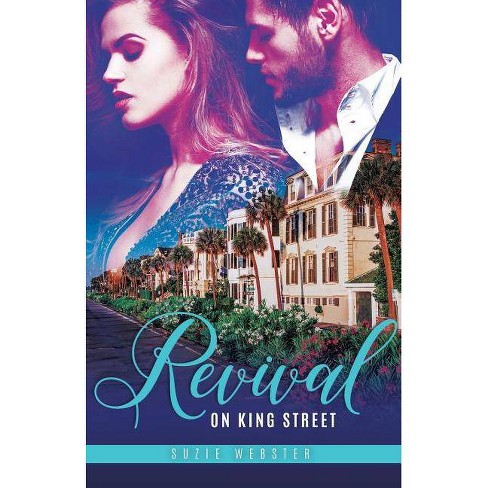 Charlie Finley had an idyllic life. At 23 years old, she was married to her childhood sweetheart, was a successful real estate agent and lived in the beautiful city of Charleston, South Carolina. Some days she wondered if she should pinch herself because it was such a dream. But sometimes when things seem too good to be true, they often are, and Charlie's perfect life came crashing down around her when she walked in on her husband, Joe, on top of his secretary in their bed. Two years later, single and a successful interior designer, Charlie was celebrating the high-profile remodel of her parent's Bed and Breakfast, Southern Lady Inn, with her two best friends, Everleigh and Chase. The unveiling of the newly refurbished inn was the talk of Charleston high society and all of the movers and shakers were at the party toasting Charlie's success. Charlie felt like everything was finally clicking for her again, she even had the inside track on a brand-new condominium conversion in the heart of downtown that would take her business, Whimsical Designs to a whole new level. As she slid into one of her parent's guest rooms to catch her breath and take a break from all the well-meaning guests, she never expected the heart racing encounter that would change everything.

Luke Coleman didn't care about being Charleston's most eligible bachelor. His heart and soul belonged to the business he had built with his best friend Ethan and more importantly, to the apartment community they had just acquired in the hottest part of downtown. He had big plans for his little piece of historic Charleston and no one was going to get in the way of his success. Luke loved women and he especially loved to walk away after an evening of mutually satisfying consensual fun. Nearly every mother in Charleston society had tried to throw their beautiful single daughters his way and he had no interest. So when he wandered into one of the guestrooms at the Southern Lady Inn relaunch party, he never expected to have his world rocked by just one kiss. The last thing he was looking for was a complicated relationship, but that was before he laid his eyes on one fiery redhead. Suddenly, both his brand-new project and the heart he worked so hard to protect were at the mercy of Charlotte Finley.

The South has never been steamier as Luke, Charlie and their group of friends pursue their dreams by day and awaken their passions at night in the beautiful scenic city of Charleston, South Carolina. Each book is a stand alone romance about two of these friends, but the supporting players continue to pop up and add to the good times throughout the series.