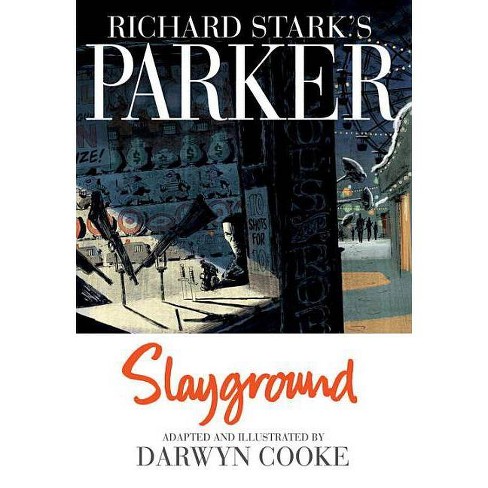 Parker, whose getaway car crashes after a heist, manages to elude capture with his loot by breaking into an amusement park that is closed for the winter. But his presence does not go unnoticed -- a pair of cops observed the job and its aftermath. But rather than pursue their suspect... they decide to go into business for themselves, with the help of some "business associates." From then on it's a game of cat and mouse, one played out through closed rides of the abandoned carnival... a game that slowly starts to favor the mouse. Winner of the 2014 Eisner Awards for Best Adaptation from Another Medium and Best Lettering, and includes the Eisner Award-winning short story "The Seventh," previously only available in the Martini Edition! Darwyn Cooke, Eisner-Award winning creator of DC: The New Frontier, continues adapting Richard Stark's genre-defining Parker novels with his signature pulp flair in this final installment. A hard-nosed thief, Parker is Richard Stark's most famous creation, and Stark, in turn, is the most famous pen name of Mystery Writers of America Grand Master Donald E. Westlake. If Cooke's previous Parker adaptations are any indicaton, we'd best to buckle up.
If the item details above aren’t accurate or complete, we want to know about it. Report incorrect product info.