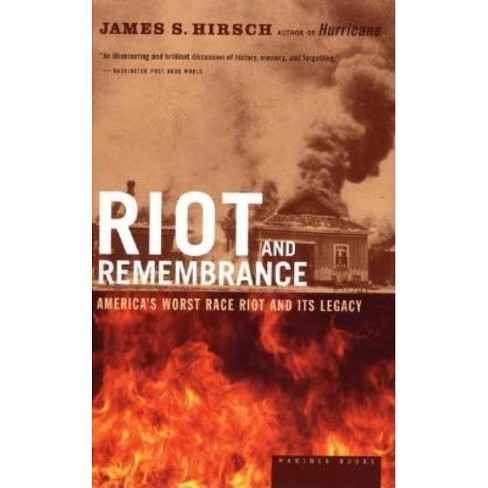 $16.99
0 out of 5 stars with 0 reviews
be the first!be the first! ratings
Shipping
Not available
Help us improve this page

Drawing on oral histories of survivors as well as on studies by local scholars, Hirsch tells us what can be reliably said about Tulsa's 'race war' and recounts efforts by modern-day Tulsans to recover and atone for the past....Absorbing and horrendous at the same time: an important contribution to American history. (starred review) Kirkus Reviews with Pointers

Hirsch's reconstruction of this history, which reads as a horrifying narrative, is illuminating....Hirsch unearths an important episode in U.S. history with verve, intelligence, and compassion. Publishers Weekly, Starred

Riot and Remembrance...is a quietly devastating account of Tulsa's two-day convulsion of blood and of the struggle years later to return the riot to living memory. Time Magazine

What echoes clearest in this moving, important book is how great a debt is owed...to disadvantaged African Americans in all the Tulsas of this country who continue to reel from the wounds of state-fostered injustice. --Mother Jones

An illuminating and brilliant discussion of history, memory and forgetting. In his convincing account, Hirsch shows how the wounds of racial division are far from healed. The Washington Post

Remarkable...the best book yet on the Tulsa riots, and one that should be required reading. Seattle Post-Intelligencer