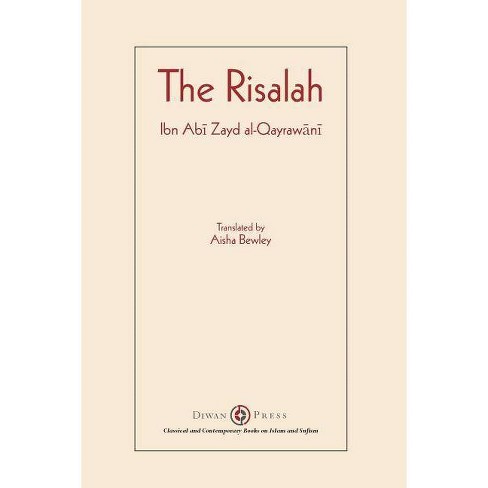 Almost unique among the works of Muslim scholars, this book, which for Malikis is THE Risalah, was written for children when the author was 17 years old. The sheer pedagogical audacity of introducing children to what is in effect a complete overview of life and human society escapes most people and most Muslims today. The author commences with usul ad-deen - the roots of the deen - a survey of the vital Muslim worldview, proceeding then through purification and the acts of 'ibadah, the ordinary transactions such as marriage, divorce, buying and selling and so forth, and concluding with chapters of a general and miscellaneous nature.

The book is here matched by the outstanding lucidity of the translation which reveals a book written in a narrative descriptive style rather than in a didactic scholarly tone, making it breathtakingly accessible. So significant was the book's authorship and so quickly was it recognised that its author became known as the "Young Malik" and his work became a foundational pillar of the madhhab of the School of Madinah and has endured for a millennium, in use both to teach absolute beginners as intended and as a resource for scholars.

Ibn Abi Zayd al-Qayrawani (310 AH/922 CE - 386 AH/996 CE) was born in Qayrawan in Tunisia, arguably one of the most important Muslim cities after Makkah and Madinah, which was always famous for learning and in particular for its staunch adherence to the school of the people of Madinah as transmitted by Imam Malik. His life was overshadowed by the Fatimid dynasty, during which he and the other teachers of Qayrawan calmly kept alive the teaching of the Book of Allah and the Sunnah. Among his other well-known works are the massive multi-volume an-Nawadir wa'z-Ziyadat and a mukhtasar-abridgement of the Mudawwanah of which only the Kitab al-Jami', a comprehensive work containing a wide variety of topics, is extant.

Aisha Bewley is the translator of a large number of classical works of Islam and Sufism, often in collaboration with Abdalhaqq Bewley, notably The Noble Qur'an - a New Rendering of Its Meanings in English; Muhammad, Messenger of Allah - the translation of Qadi 'Iyad's ash-Shifa'; the Muwatta' of Imam Malik ibn Anas; and Imam an-Nawawi's Riyad as-Salihin.