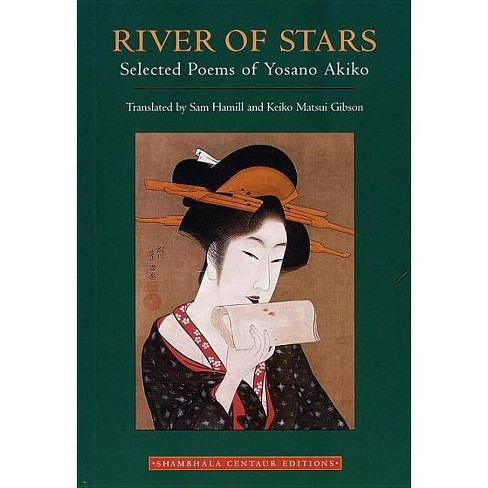 "The canon of modern Japanese poetry is well-enhanced by this first English edition of one of Japan's twentieth century stellar lights, Yosano Akiko (1878-1942)--the most well-known and controversial female writer of that country in this century. In her lifetime, Akiko published seventy-five books, among them twenty volumes of poetry, along with a definitive modern Japanese translation of the classic Tales of Genji. "A pioneering feminist, pacifist, and social reformer, her passions were intensely reflected in her literary work, reviving tanka--a form similar to the sonnet--to renewed lyrical essence, creating a unique style of true emotional directness. Given the enormity if reverberative effects in Akiko's poems, Hamill and Matsui Gibson's translations are crisp and incisive, with judicious care given the limits of English syntax. The ninety-one tanka and dozen modern style longer poems translated maintain a sustained pitch of such deeply engaged feeling that one almost reaches Zen-like union with Akiko's mind. "What is remarkable is her fearless presentation of the sensate reality of the female body in relation to the masculine. Often evoking simple but striking images bordering on fetishism, she shows a very profound sensual connection with her man, her body almost becoming an imbued form of narcissism that challenges him to equal passion as her own. Other riveting poems in this mode address the bodiless perfection of Buddhist novices, immersed in meditation, challenging them to reciprocate and liberate themselves through her passion. "Her poetry moves swiftly, subsuming one current into another, gathering shades of images and feelings, until the reader is finally swept along in her concentrated intensity of spirit. Some annotation would have been helpful in placing the poems in context to Akiko's eventful life, but the whole range of impact and emotions conveyed in this finely rendered first edition manage to supersede all criticism."--Small Press "Akiko's verse exhibits a powerful simplicity and grace that make this volume one of much more than historical interest."--Publishers Weekly
If the item details above aren’t accurate or complete, we want to know about it. Report incorrect product info.