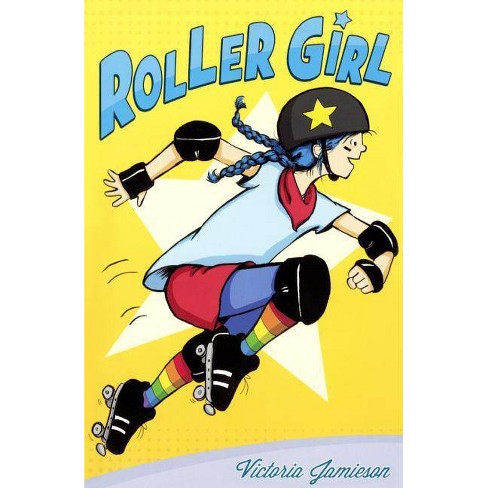 $17.29
0 out of 5 stars with 0 reviews
be the first!be the first! ratings
Shipping
Free standard shipping with RedCard
Help us improve this page

"Visually, "Roller Girl" is very appealing think Lynn Johnston with a modern edge but it's the storytelling that really sets this graphic novel apart A great choice for tween girls, whether they're remaking themselves, renegotiating friendships or just weathering the stormy seas of early adolescence." "Chicago Tribune"

Praise for "Pest in Show"
"Sure to tickle the fancy of fun- and pun-loving youngsters and would-be young stars. This silly read-, dance-, and sing-aloud could be a smash hit." "Kirkus Reviews"
"Brimming with buggy puns, wordplay, reworked classics ( I m Housefly the Garbage Man, set to the tune of Popeye the Sailor Man, is the standout), matched in tone by Jamieson s brash collage and acrylic cartoons "SLJ"
Praise for "Olympig"

"An amusing lesson in how to lose gracefully." "USA Today"
"Jamieson snatches moral victory from the jaws of athletic defeat with warmth, satirical wit, and old-fashioned silliness." "SLJ""