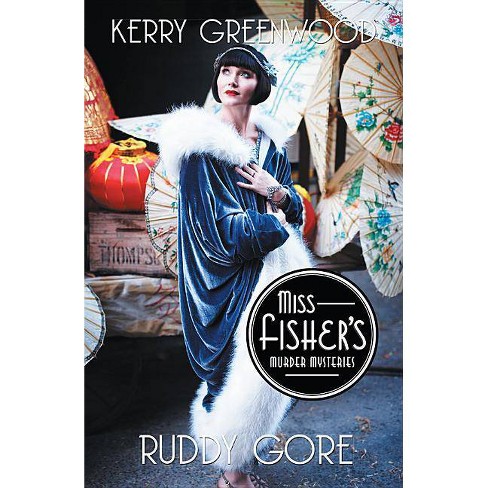 $13.79
MSRP$15.95
no reviews yet
be the first!be the first! ratings
Shipping
Free standard shipping with RedCard
Help us improve this page

"The appeal of this story is the glimpse it provides into the 1920s theater world and the opportunity it affords to observe Phryne and Lin Chung's romance from its inception." --Booklist

Running late to the Hinkler gala performance of Gilbert and Sullivan's Ruddigore, Phryne Fisher meets some thugs in a dark alley and handles them convincingly before they can ruin her silver dress. Phryne then finds that she has rescued the handsome Lin Chung and his grandmother and is briefly mistaken for a deity.

Denying divinity but accepting cognac, she later continues safely to the theatre. But the unexpected continues as the performance is interrupted by a most bizarre death onstage. What links can Phryne possibly find between the ridiculously entertaining plot of Ruddigore, the Chinese community of Little Bourke Street, and the actors treading the boards of His Majesty's Theatre?

Drawn backstage and onstage, Phryne must solve an old murder, find a new murderer and of course, banish the theatre's ghost--who seems likely to kill again.