Rules for Being Dead - by Kim Powers (Hardcover) 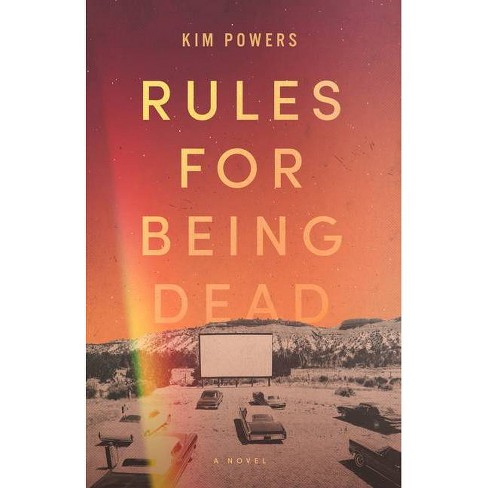 $25.95
new at target¬
0 out of 5 stars with 0 reviews
be the first!be the first! ratings
Help us improve this page

"In a story that's both cagey and unfailingly entertaining, Powers explores life's deepest questions and most profound mysteries. Only a writer this in touch with his own humanity could populate a novel with characters who, despite their flaws, failures, and eccentricities, are humane and good." --Wally Lamb, author of I Know This Much Is True

"Kim Powers writes a glorious novel about a boy and his journey to feel whole after the mysterious death of his mother. Mr. Powers' prose is artful and searing as Clarke's story unfolds in a Texas town so vivid, the reader is there. Secrets are revealed, hope is lost and found, and redemption awaits in this beautifully rendered tale about love and loss, and the courage to face the truth with an open heart." --Adriana Trigiani, New York Times bestselling author of Tony's Wife

"Rules for Being Dead is a rich and compelling novel about a mother and her sons that is filled with nostalgia, heartbreak, and a love that will never die. Kim Powers has created an unforgettable story about discovering the world through movies, engaging with the tougher realities of life, and learning to forgive the people around us and ourselves." --Will Schwalbe, New York Times bestselling author of The End of Your Life Book Club and Books for Living

"It's time well spent with the Perkins family, though the father should be locked up, one son should be disarmed, and the mother who might fix everything can't--because unfortunately she's a ghost. Unorthodox, quirky, funny and heartbreaking, Powers' love letter to difficult families (and 1960s film classics!) is a blast." --Wilton Barnhardt, best-selling author of Lookaway, Lookaway

"We all know a few rules about being alive but who knew that the afterlife could command equal attention. Kim Powers' Rules for Being Dead caught me by surprise with its intrigue, wit, and nostalgia. His incredibly moving novel takes you back home―no matter where, or when, you grew up. It reminds us that mothers and fathers can never be as perfect as we want them to be, and that childhood secrets can still haunt into adulthood. Get ready to be captivated by a lonely boy who's lost in the world of '60s movies and true crime and employs both of them to try to solve the ultimate mystery: what caused his mother's mysterious death? And one more thing? Despite its title, this book is about learning how to live, with every breath you take." ―Deborah Roberts, ABC News Correspondent

"Tenderhearted and touching, Rules for Being Dead is imbued with the imagination and emotion of such beloved books as The Lovely Bones and Ellen Foster. The narrative is laced with nostalgic references (from Elvis movies to mentions of Don Knotts and TV shows like Family Affair) that bring to life a forgotten time. All these elements come together to create a vibrant backdrop to the story of one family's unexpected loss and journey toward healing." ―John Searles, bestselling author of Help for the Haunted and Strange But True

"Rules for Being Dead offers a startlingly original perspective on misapprehension, forgiveness, and love and delivers its vision with a punch. I picked up the book and could not put it down." --Elaine Neil Orr, author of Swimming Between Worlds