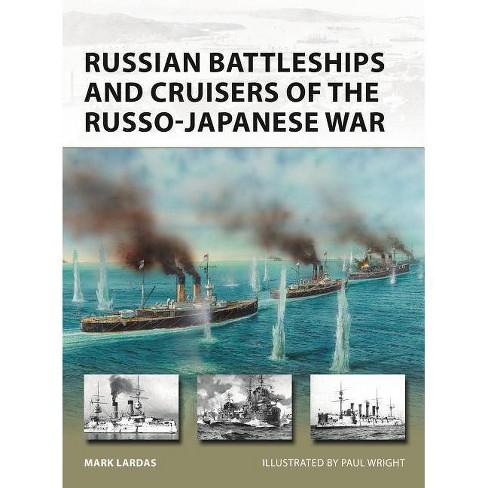 This title tells the fascinating story of the development and deployment of the mighty Russian fleets, the pride of the Tsar, which went to war against the Japanese and met with all-encompassing destruction.

This book examines the major warships of the Imperial Russian Navy which participated in the Russo-Japanese War. The focus is on the battleships, coastal defense warships, and cruisers of the Pacific Squadron and Baltic Squadron that fought during the war.

It discusses in detail their design and development between the years of 1885 and 1905, concentrating particularly on battleships and cruisers. The book explores, in depth, the mutually influential relationship between Russian and foreign warship design, as Russia progressed from a reliance on foreign designs and shipyards towards an ability to produce its own influential ships, such as the Novik. The title also outlines the gripping operational history of the Russian warships which participated in the Russo-Japanese war, tracing their activity before and during the combat, as well as the postwar fate of those ships which were bombarded, scuttled, captured, or salvaged.

Packed with contemporary photography and full-color illustrations, this title offers a detailed and definitive guide to the design, development, and destiny of the Russian warships which battled the Japanese in the Eastern seas.