Santa Anna of Mexico - by Will Fowler (Paperback) 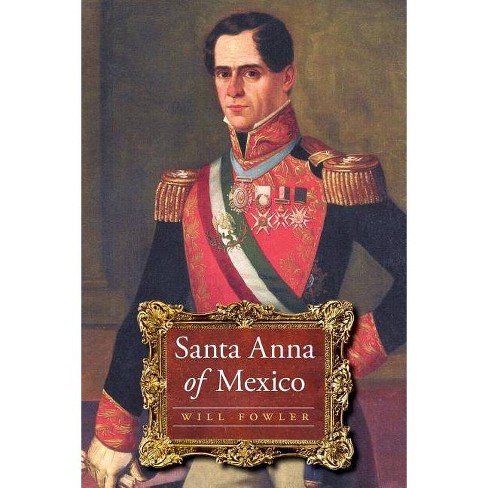 Antonio Lï¿½pez de Santa Anna (1794-1876) is one of the most famous, and infamous, figures in Mexican history. Six times the country's president, he is consistently depicted as a traitor, a turncoat, and a tyrant-the exclusive cause of all of Mexico's misfortunes following the country's independence from Spain. He is also, as this biography makes clear, grossly misrepresented. Will Fowler provides a revised picture of Santa Anna's life, offering new insights into his activities in his bailiwick of Veracruz and in his numerous military engagements. The Santa Anna who emerges from this book is an intelligent, dynamic, yet reluctant leader, ingeniously deceptive at times, courageous and patriotic at others. His extraordinary story is that of a middle-class provincial criollo, a high-ranking officer, an arbitrator, a dedicated landowner, and a political leader who tried to prosper personally and help his country develop at a time of severe and repeated crises, as the colony that was New Spain gave way to a young, troubled, besieged, and beleaguered Mexican nation. Will Fowler is a professor of Latin American studies at the University of St. Andrews. His books include Mexico in the Age of Proposals, 1821-1853; Tornel and Santa Anna: The Writer and the Caudillo, Mexico, 1795-1853; and Latin America since 1780.
If the item details above aren’t accurate or complete, we want to know about it. Report incorrect product info.