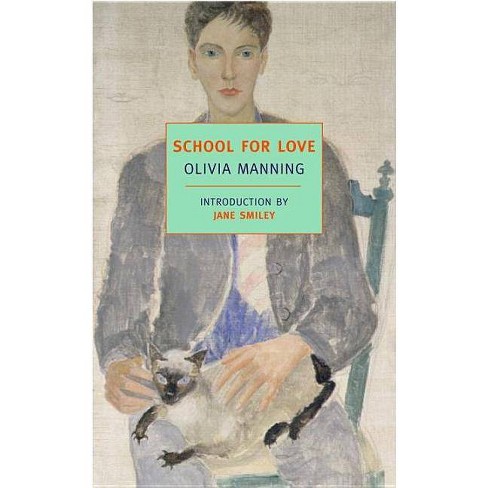 $12.99
MSRP$16.95
0 out of 5 stars with 0 reviews
be the first!be the first! ratings
Shipping
Free standard shipping with RedCard
Help us improve this page

"This portrait of Middle Eastern politics is especially timely; highly recommended." --Library Journal "How, in just a few pages, does a writer earn our trust, and her characters our allegiance? Olivia Manning's work has been out of sight for decades, but her newly reissued School for Love is about to charm and startle a whole new generation of readers." --O, The Oprah Magazine "Olivia Manning was an outstanding novelist." --The Times (London) "A triumph of portraiture, compassionate, witty and assured"-Time and Tide "There is something good in almost everything Olivia Manning wrote" -The Spectator "Olivia manning has taken her place in the first rank of English novelists." -Los Angeles Times "The intensity of Miss Manning's brilliantly perceptive writing is controlled by a serene style." -New York Times "She has been compared with Graham Greene and Anthony Powell. Anthony Burgess, who thinks the two trilogies may prove to be 'the finest fictional record of the war produced by a British writer, ' finds in her a kinship with Tolstoy." -The Los Angeles Times "I've just finished a series of Olivia Manning novels. She's best known for two trilogies: Balkan Trilogy and Levant Trilogy. The six novels are continuous and contain the same set of characters. They are based on Manning's experiences in Eastern Europe and Egypt during the Second World War. Each novel is a wonderful picture of the peculiar British expatriate culture and what was happening during the war. She's one of those brilliant women who write very well about domestic relationships. All the books are slim, and it's easy to gallop through them." -Sarah Waters "She produced elegant, incisive, psychologically penetrating novels which conveyed a real sense of contemporary history." -The Financial Times "A triumph of portraiture, compassionate, witty and assured"-Time and Tide "Distinctly out of the ordinary... School for Love shows remarkable qualities of force and originality" -Times Literary Supplement "A remarkable book."-C.P. Snow "The most considerable of our women novelists." -Anthony Burgess "A writer of genius...brilliant and successful to the point of giving the impression, on a first reading, that it is without a blemish" -William Gerhardie, Times Literary Supplement
If the item details above aren’t accurate or complete, we want to know about it. Report incorrect product info.